The last we heard of Ion Fury it was called Ion Maiden. However, the band Iron Maiden didn’t much like that name and put Ion Maiden in a legal iron maiden for sounding too close to Ayin Maiden (Twitch Streamer) which apparently came close to breaching Iron Maiden’s copyright clauses. If this is the precedent for future en-devours, who knows maybe one day a game called Metal Licka will be made and Metallica will get all huffy puffy about the game where a frog licks metal or whatever. 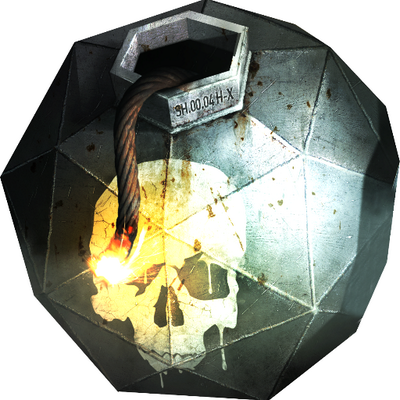 We’ve Been Here Before

Ion Fury comes to us from Voidpoint and is published by 3D Realms who I’m starting to wonder has the ability to put out a different game considering their most notable release was Duke Nukem and Ion Fury feels identical. So much so that at some point I expected the lead character to rip off her face Scooby-Doo style and reveal it was Duke in disguise.

The lead character’s personality feels flat. So much so, that I could track it on a line graph. It doesn’t just stop with her lame jokes and one-liners, the environment has attempts at humor strewn about it. There’s a poster, which I admit made me chuckle that took the piss out of flat earthers with the thick earther’s society. The rest of the humor though didn’t carry that same factor that at least would make me smirk.

It was such low hanging humor I expected an audio cue to play if both my health and armor hit 69. Whether that be the merchant from Resident Evil 4 doing his signature “Heh heh heh” or Ninja Sex Party singing 6969. This school of humor, I affectionately refer to as high school humor, mostly because it’s the type of humor high school version of my friends and I would have loved. But, high school me, is pretty much dead and buried under life’s feet. It’s safe to say that as people grow older they can’t be expected to find that level of Dane Cook-style humor funny anymore.

There is an option to mute the main character but I felt like that was somehow worse. Having a flat, mute character that reacts to absolutely nothing brings a huge detachment from character to player. I just wish her character wouldn’t make lame references like  “Gotta keep’ em separated” to the exact tone of The Offspring song from about twenty years ago as her grenade launcher makes her enemies turn to chunks. 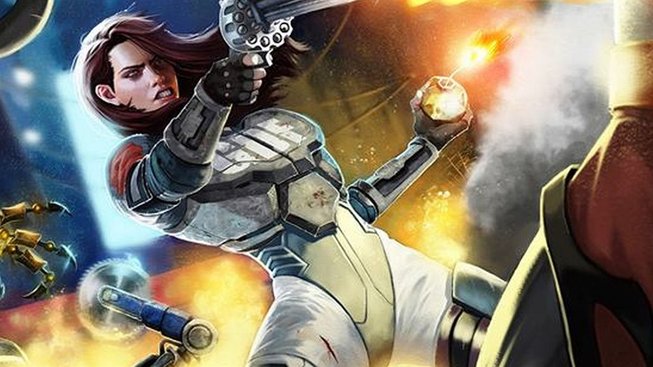 As much as I loathed the main character and the tone of the humor in the game, I did find the game semi-enjoyable. The flashy opening of the club at the begging gave away to a burning city being attacked by the cultists. Then the environments had a tendency to change completely as we explored the city. From parking garages, to shopping malls, to the big baddie’s huge tower, the environments were pretty enjoyable. This is despite feeling drenched in very similar color schemes, with the school/office being one of the truest exceptions. 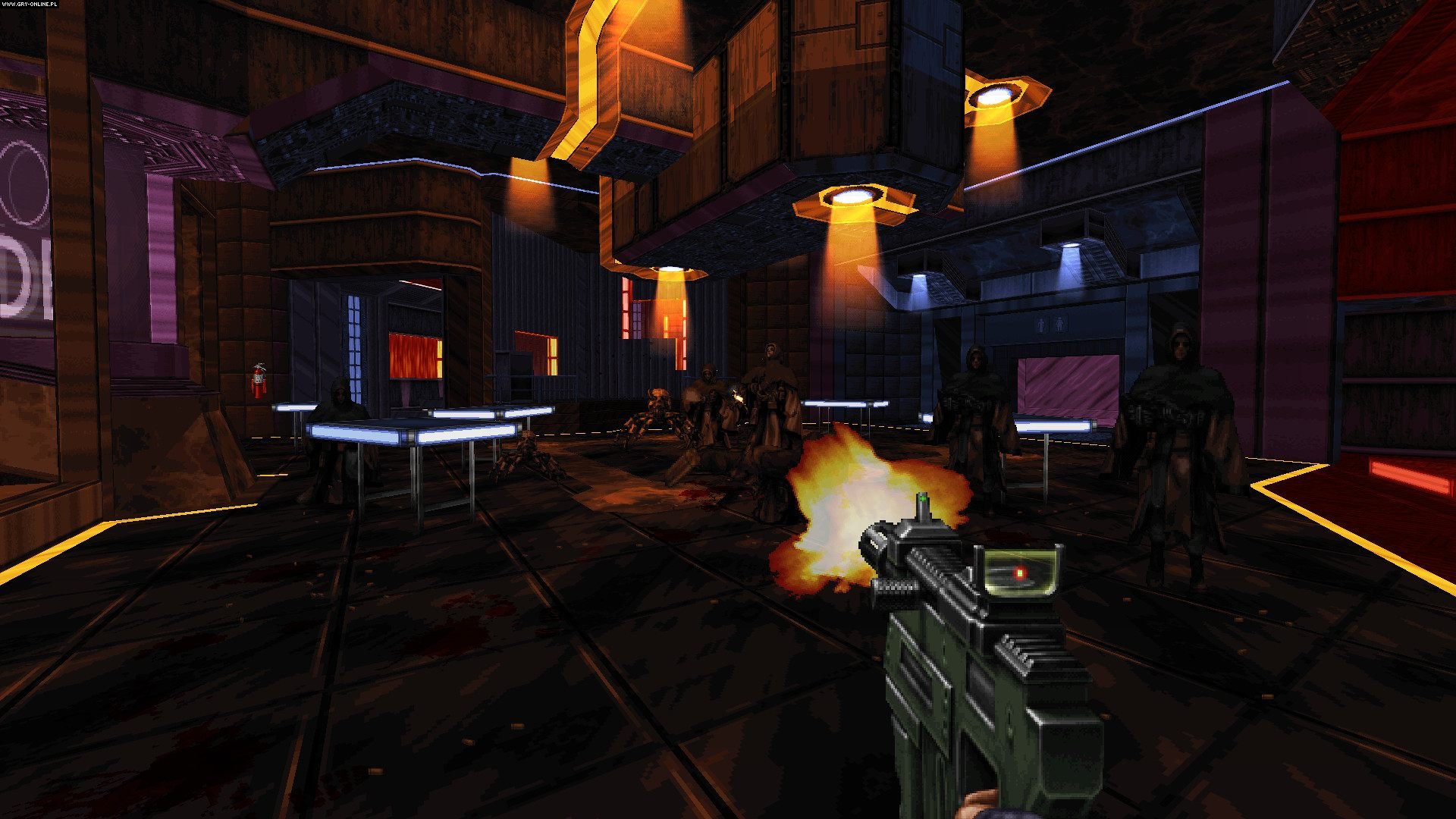 Repetition is the Enemy of Progress

This is so painfully true for Ion Fury that I feel like it should be on the front of physical copies of the game. I understand fully that the engine the game runs on is based on an older, much more limited, engine but every single level breaks down to the same formula.

I only recall a handful of instances where things changed and one of those was when the Lex Luthor style villain threw a mech at the player to fight. Which in itself was a weird fight, considering when I nailed it with a grenade launcher it didn’t seem to take off anywhere near as much health as the shotgun did. To me, explosions should do a hell of a lot more damage to anything than a shotgun does. 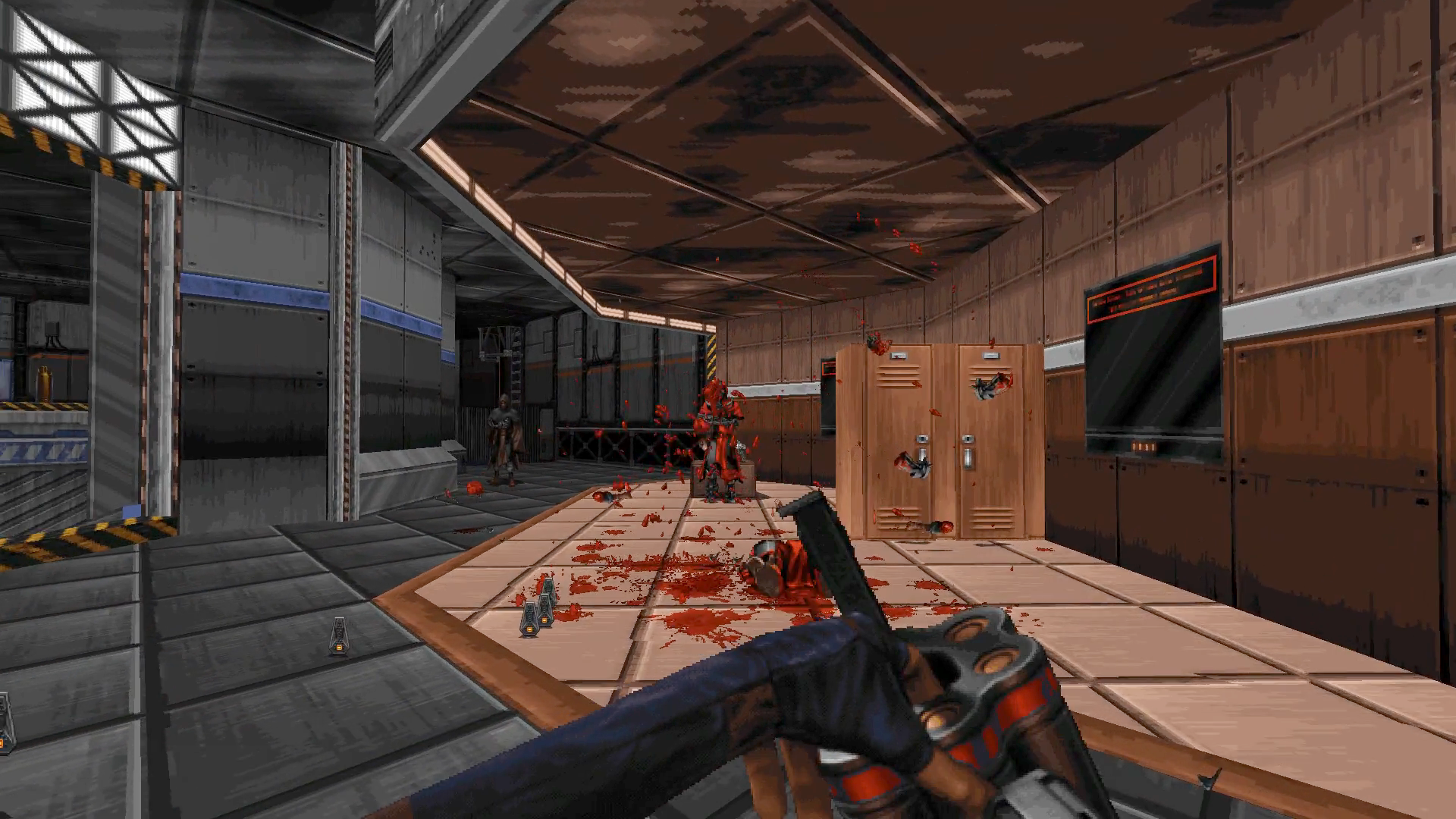 Speaking of the weapons, the game has a pretty standard array ranging from the revolver dubbed “Loverboy” to the grenade launcher, as well as a Gatling gun. There was also some dual-wielding set of SMGs that would catch enemies on fire. They were a great last resort weapon but with the Loverboy’s secondary fire that locked on to enemies and pretty much instant killed them there was rarely a need to use anything else.

The crossbow was also a great weapon to use as the first shot stunned the enemy and the second shot killed them. It actually brought to mind a mode that would have been fun to have in the game. One where players got to choose their loadouts and tried to beat the level as fast as possible using only those weapons. It may have brought a nice level of challenge to the game to only use those weapons considering the game had a tendency to just bunch up enemies in rooms.

I’m also very confused as to what tone the game was trying to set with its line up of enemies. There were the standard cultists then for no real reason at all spider robot things with a skull on top of it. Then it was just a spine attached to a jet pack with a skull attached on top of it and it shot rockets, because why the hell not. There didn’t seem to be any real reason to any of it.

The big baddie seemed to have paused before they launched their attack and then realized they had no real equipment outside of some guys in hoods so he just started super gluing skulls on top of the stuff he bought when Toys R’ Us closed its door. 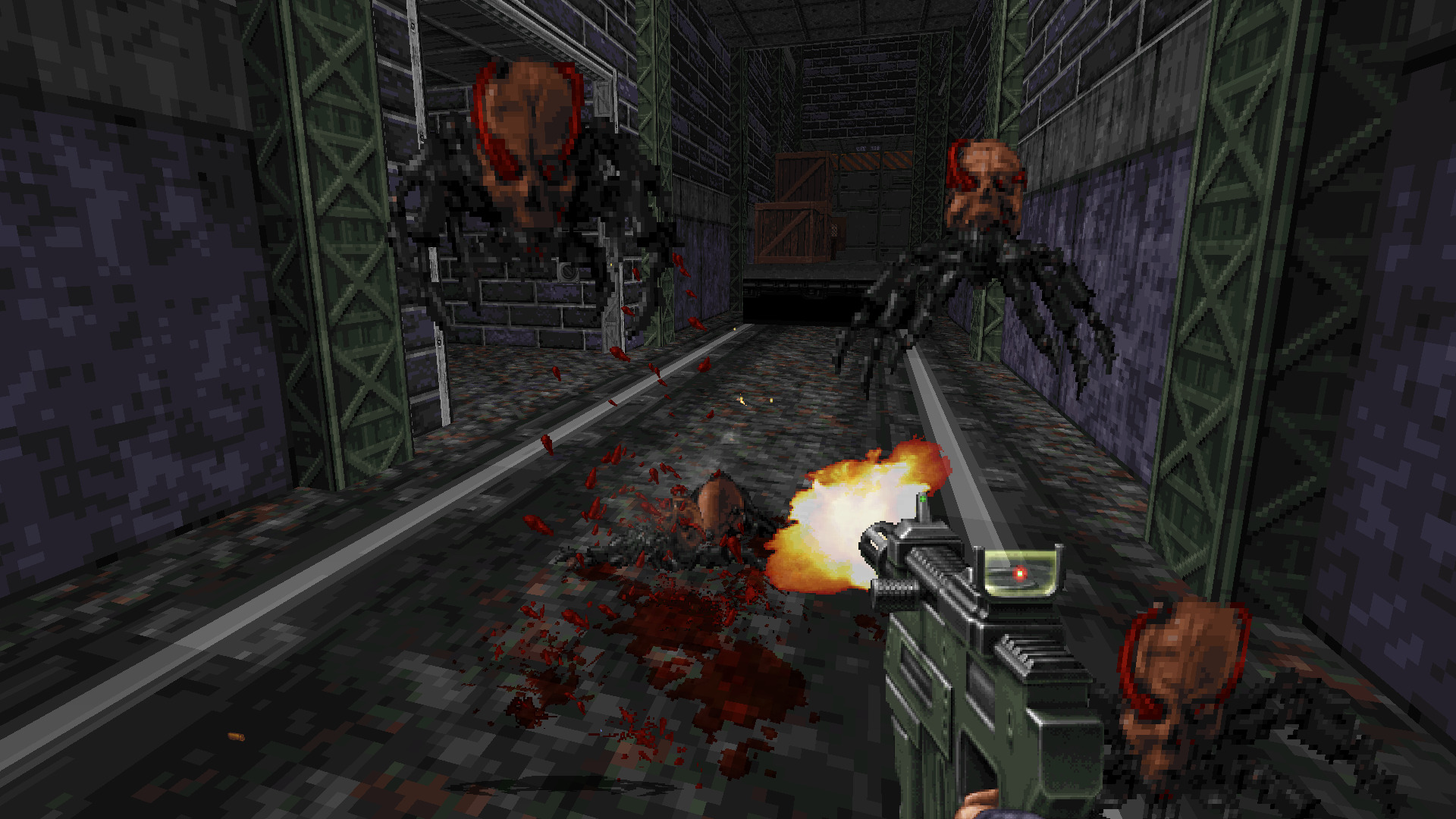 Despite the fact that I generally enjoyed the environment it apparently did not enjoy my company. There were a few times when I was walking along that I would just fall over dead. Case in point, I was walking along the roof edge inside a bathroom gathering the bits of armor up there, I turned a corner and brushed against the wall and fell over dead. No reason, no logic behind it she just went “Hunh” and fell over. I reset the checkpoint and tried it again, this time nothing happened. I’m still not sure what could have caused the feedback like that.

I also noticed because of the tendency Ion Fury had to bunch up enemies they also tended to get stuck on objects staring back at me as they continuously moved forward into whatever they were stuck on. Whether that be a desk or a box, or sometimes they just got stuck in a corner and seemed to be caught on nothing at all.

Ion Fury does a lot of things other games have done in the past, and they arguably did them better. Even more recent games like Dusk have pulled off this gameplay style with more vim and vigor. That being said given that Ion Fury does have all of the same parts as more memorable and fleshed out games.

It is hard to pinpoint why exactly it doesn’t work for me the way other games in the genre have. It just feels far too familiar and yet somehow sub-par. It is one of this year’s biggest missteps by far, especially given the recent findings of the term “fag bag” and a soap in the game having the name Ogay as a mock up of Olay. The developer said they were going to remove said phrases and images from the game because of initial outlash. But, thanks to some lesser empathetic souls of the world review bombing the game on Steam claiming that they were censoring the game, the developer went back on their word. There simply isn’t a place for that kind of stuff in the world any more.

I can forgive the crude humor the game had, but throwing phrases and names like that around just doesn’t need to be done ever. They could have chosen any other name for the soap, hell they could have just called it Okay or Obay and that would have worked. As for the phrase a dev snuck in to the game, it should have never made it into the final product and hopefully the team at Voidpoint makes things right by deleting it.