After releasing in 2017 to critical acclaim and reaching 1 million sales last December. A Hat in Time is set to launch on the Nintendo Switch this October 18th. 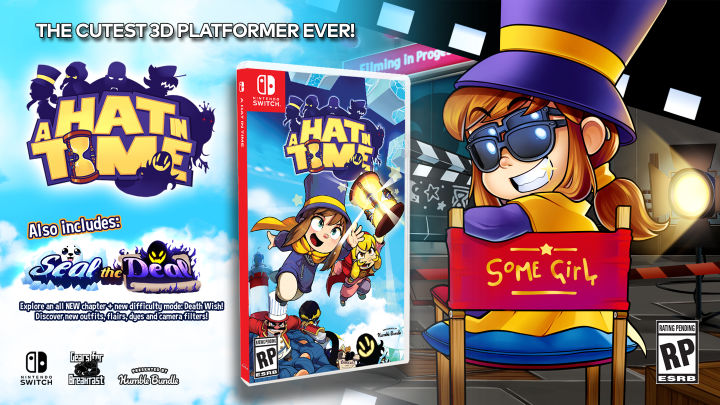 First reported by IGN, this physical version of the game will include the DLC Seal the Deal, a previous PC exclusive expansion. The Switch version will also come with cooperative play, a mode unavailable in other versions.

A Hat in Time is a platform action-adventure game set in an open world. Funded through Kickstarter the game follows Hat Kid as she returns home in a spaceship. While passing over a planet called Mafia the government bursts in and demands a toll. When entering the ship all of the ship’s power sources, called “Time Pieces” flew out the ship and into the planet. Hat Kid must recover them to leave the planet and return home.