Well known EDM artist, Marshmello (AKA: Chris Comstock), surprised both the music and video game world today by launching a free-to-play rhythm game for mobile devices and offering a glimpse into his new album Joytime III to those who download it.

The game, called Marshmello Music Dance, contains tracks from the forthcoming album, which isn’t set to release until tomorrow (July 3rd). Early adopters can play along with classic Marshmello tracks, as well as a number of new ones which officially debut in the game. 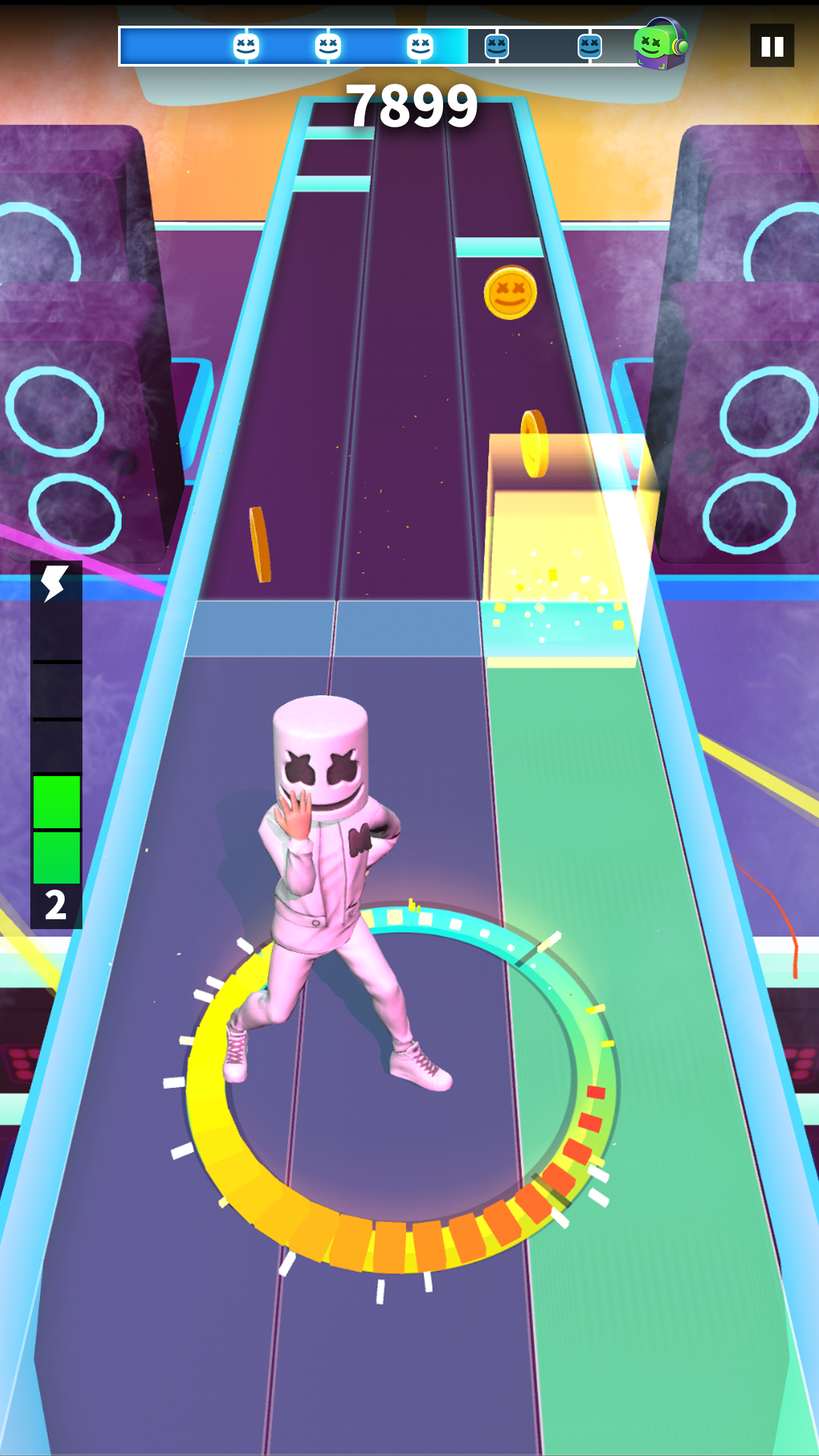 Made by game company Gamejam, in collaboration with Marshmello’s management company The Shalizi Group, the game is a standard rhythm game which rewards you for proper screen presses while following on-screen cues. The player can win in-game currency, new avatars, character upgrades, and songs as they progress, or they can drop some real-world cash to skip the grind.

“We wanted to release something that was fun and exciting for the Mellogang and this game was just that!” – Moe Shalizi CEO and Founder of The Shalizi Group

“It’s very exciting for Gamejam to be the first game developer ever to partner with an artist well-known like Marshmello to launch an album exclusive for 24 hours within a game which has never been achieved before. That’s why it was important for us to capture those epic moments in Marshmello’s concerts to create a challenging yet rewarding experience around them. We hope that our innovative approach inspires more musicians to follow in Marshmello’s footsteps and bring their music to games.” -Christian Calderon, CEO and Founder at Gamejam

Marshmello Music Dance is available now on iOS and Android.