One of the games that has been catching my attention lately is Escape From Tarkov. It is a tactical and more realistic than most shooter. Players deal with very dark and hard to see areas, players don’t have names over them so communication is key to distinguishing your crew from random npc’s and other players. There are also mechanics other games really don’t touch on that make Escape From Tarkov stand out. Mechanics such as manual bullet count and having to load individual bullets into a magazine are great additions to gaming. Not paying attention to bullet count can mean the difference from engaging with only three bullets in the magazine by accident and getting thirty new holes in the head or pulling off a team kill.

So why bring all of this up? Well because of the forty five dollar price tag for what is still technically a beta, I won’t get my hands on Escape From Tarkov for quite some time. That also sets up the rest of the article for all the games I have been playing to try to distract myself from whatever it is that keeps pulling me back to Escape From Tarkov streams.

Inside (PC, Xbox One, PlayStation 4)

Inside does take from the studios previous game in a number of ways, even the weird slugs that burrowed into Limbo’s main characters skulls are present but this time around as a helmet that instead of switching the controls of the character allow players to control what seem to be husks of former humans. That’s is something notably different about Inside. The story is centered around this organization the boy spends most of the game running from. They are rounding people up and implanting them with these hive mind like devices that allow them to be controlled. The game has many instances where players need to use this device to somehow clear a puzzle or area.

It’s a smart mechanic that works well and keeps things creepy. If that isn’t terrifying enough for you there are many areas where players have to either stealth or run away from attack dogs and other humans. Speaking from experience despite its’ two dimensional aesthetic seeing a kid get ripped apart by the attack dogs is guttural and disturbing. Much like when players play the Last of Us and accidentally die as Ellie. Not quite as unsettling as that but it’s a defining moment for the game. You can grab the critically acclaimed Inside now for about twenty dollars. 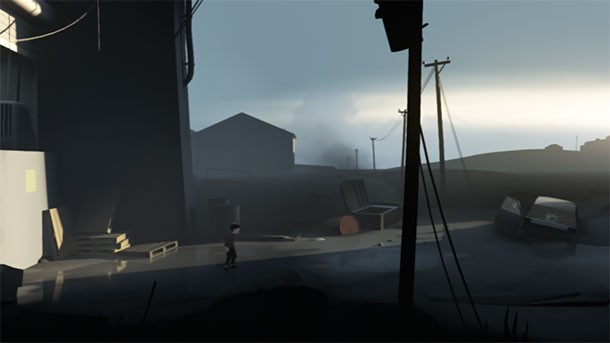 Metroidvania style games aren’t really on my regular list of games to play. Throw in one with an insanely easy achievement list though and you have peaked my interest. The story of Paradox Soul feels a little light to this one as players play a scientist who just stumbles upon an empty research facility in a snow riddled wasteland and immediately decides to explore it instead of calling the agency to see if it was active or the authorities to see if they can make sure nothing is going to jump out and kill you.

Digressing from that gameplay is wonderfully simple with a dash of chaotic. For the most part enemies die in a few hits, but for the ones that actually posses guns there is a mechanic that allows players to duck into cover briefly. Wait until the enemy reloads then pop out and shoot them a few times and the enemy dies pretty easily. The boss battles have been pretty enjoyable so far. They kind of hark back to the old days of having to fight a boss a few times in order to get the rotation of attacks down. It was pretty jarring the first time I walked into a random room and a giant robot man was in there flinging little bomb robots everywhere and I had to shimmy across the floor on my stomach hoping to kill them all.

As stated before Paradox Soul has an insanely easy achievement list. There are a few of them that revolve around finding x item, such as a keycard or a weapon/armor. There’s one for killing the dog before it kills you. The one that seems to be the trickiest is simply getting to room 33. The pathway there is a little confusing, often requiring you to backtrack to previous areas to newly unlocked areas. That’s a small price to pay considering I had 90% of the achievements in under half an hour. If you want to boost your gamerscore or kill an hour you can grab the game now for just five dollars. 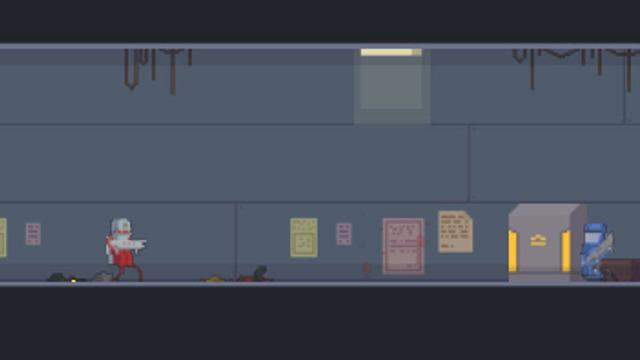 I slept on Graveyard Keeper and I shouldn’t have. It gave off a strong Stardew Valley vibe and I didn’t want to fall into that time consumer trap again. One of my friends was kind enough to snag me a copy of the game when it was on sale in the most recent Steam sale ( enabler right? ). Straight out of the gate it seemed funny to me that everyone around me just sort of went along with the facade that I was the towns new Graveyard Keeper when I hadn’t been there for more than five minutes.

Then I met a talking skull and found out I actually need to sell meat from the corpses to the local bar and the veil was sort of lifted so to speak and I was getting pulled in. During the next few hours, I was cleaning away weeds, completing a quest to get the skull a beer, ditching a body in a lake because a ghost asked me too. For all the aspects that have turned me away from previous games in the genre i.e. all the repetitive tasks. There are some weird aspects to the game that pulls me back in and I really want to see where the game goes. Even if I don’t get back home the journey to wherever it leads is one you can experience now for just twenty dollars. 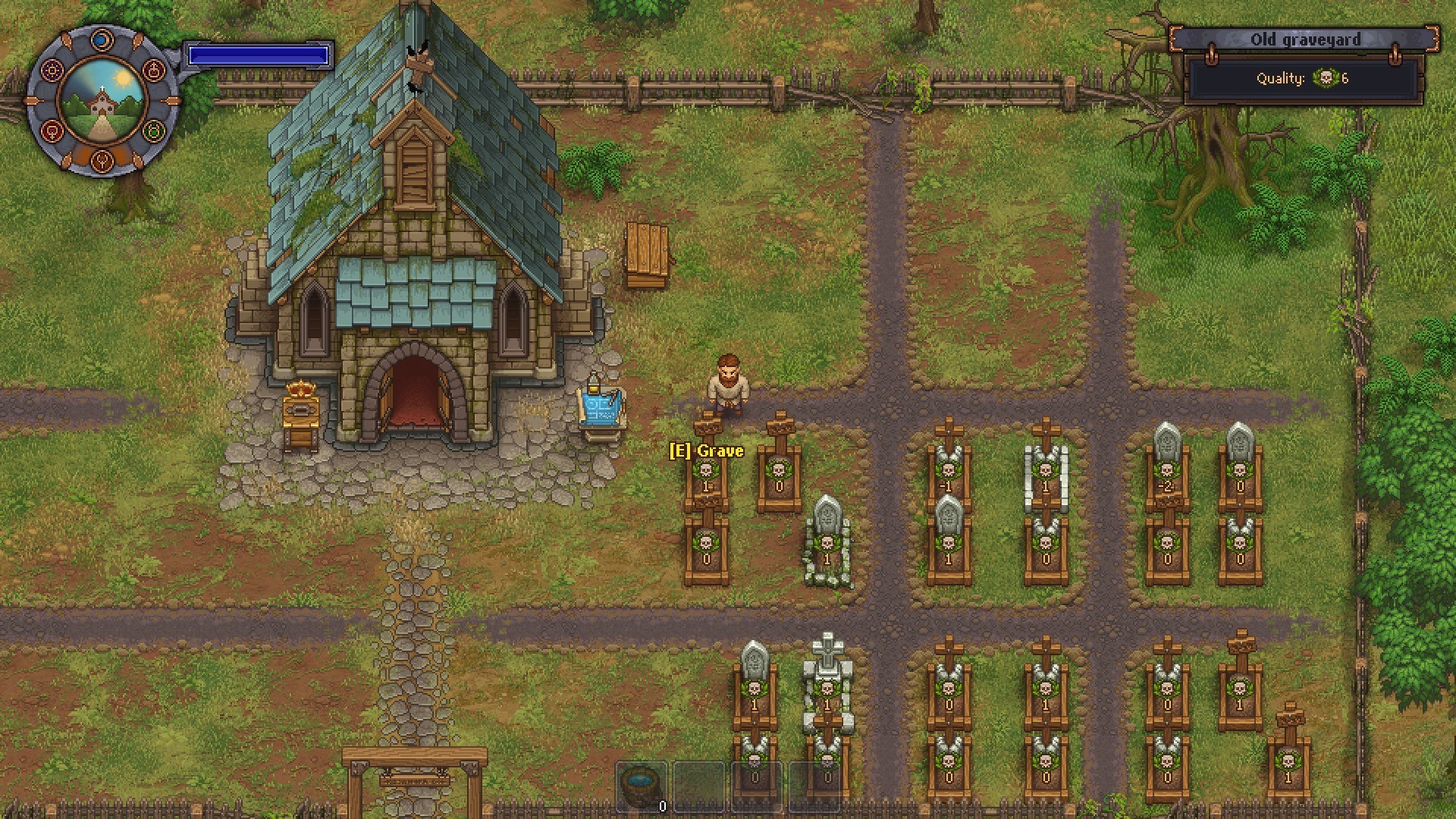 This month’s Games For Budget Gamers was a list of games that have been distracting me from one I can’t afford and I’ll be damned if they haven’t done just that. Graveyard Keeper has even been distracting me from Apex Legends, and I still play that professionally. It’s sort of like if a hitman had a family and was distracted while looking through a sniper scope at his target, thinking about how much food to buy on his way home from work that day. Sure they’ll still hit their mark and take out the target but for a few brief moments they were focused on jalapeno poppers. If you have any games you recommend that won’t break a budget let us know in the comments below.