Code Vein finally launches in a few months and during Anime Expo Bandai Namco went on a reveal spree. Revealing the opening cinematic for Code Vein and the limited collector’s edition.

The opening scene is absolutely beautiful. Studio Ufotable did an outstanding job showing a young boy being chased by Lost, Revenants who’ve given into their thirst for blood and lost all traces of their humanity. Rescued by a group of Revenants who quickly defeat the monsters. 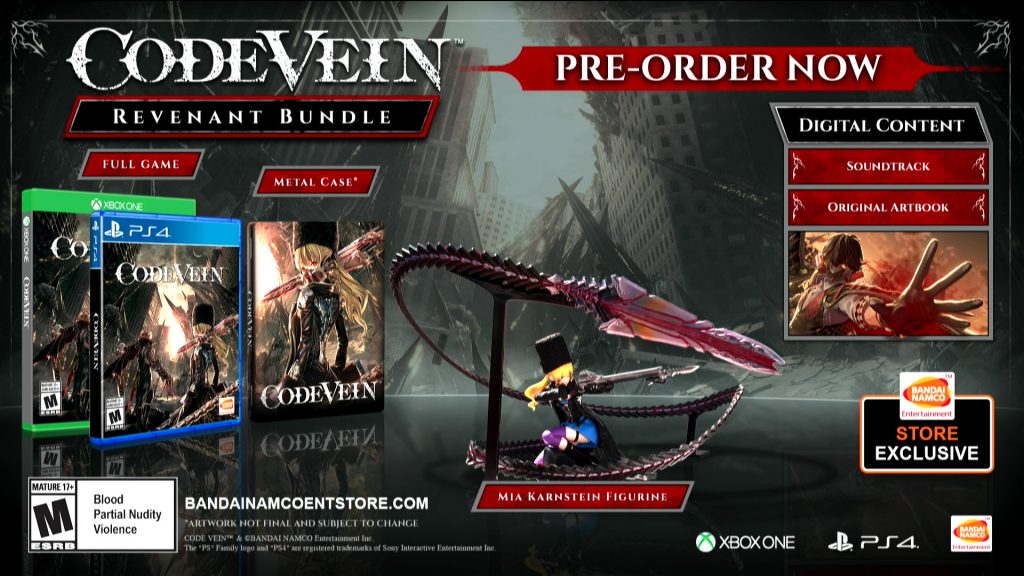 Bandai Namco also announced a store-exclusive limited edition for Code Vein called the “Revenant Bundle” which includes a copy of the game, metal case, Mia Karnstein figurine, digital soundtrack, and digital art book. You can preorder the special edition bundles for PS4 and Xbox One as of today.

Code Vein launches this September 27th for PS4, PC, and Xbox One. In other Bandai Namco news, the company released a new trailer for Bakugo in Jump Force, confirmed 4 new characters for One Punch Man: A Hero Nobody Knows, revealedOne Piece: Pirate Warriors 4,  and new images for Blue Protocol.