The popularization of side-scrolling adventure games akin to Limbo over the past few years has been a curious matter. Limbo nailed its atmosphere and core gameplay often requiring players to think outside of the norm to complete its’ puzzles and hopefully bring its’ young hero to a resolution. Another thing that sort of made Limbo stand out was the fact that it made players sort of think for themselves and imagine where the kid was. Was he in purgatory? Was he dead and walking in some sort of hellish nightmare? Was he asleep and dreaming of finding his sister? That was part of the mystery and fun of what made Limbo stand out in the genre. It’s part of why newer games in the genre have felt sort of flat or gimmicky ever since.

Comparing Lunar Great Wall Studios‘ Another Sight to the standards of Limbo definitely sets up the former to be dragged through the mud but it’s hard not to see some of the similarities. A young person waking up in an unfamiliar land solving puzzles and trying to find or rather get back to a family member. So is there anything here that sets it apart? There sure is, but is it for better or worse? 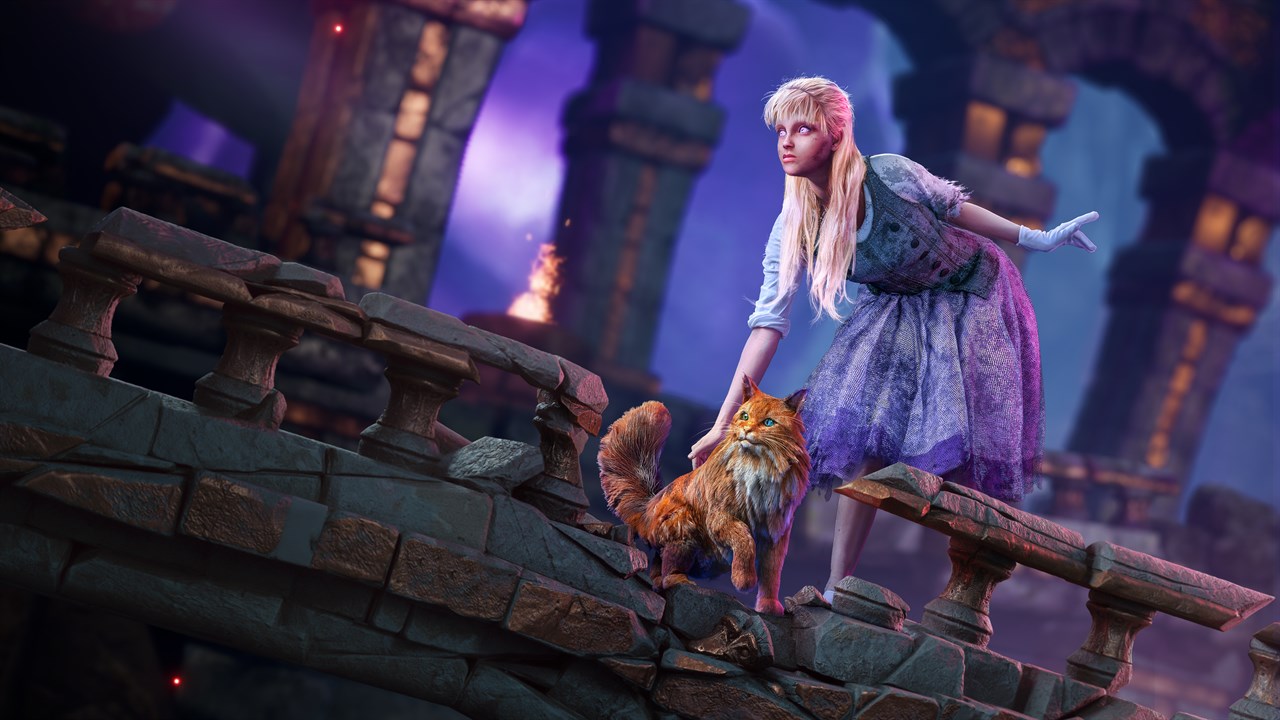 One of the things that set Another Sight apart from other games in the genre is its reliance on more than one character to get through an area. The young woman in Another Sight soon finds a friendly alliance with a cat (named Hodge) roaming the area. Hodge aids the story progression in a few ways. He can reach areas the young woman can’t, often to hit a switch or open a door for the human. The cat also offers a line of sight for the human in dark areas, which is both a blessing and a nuisance.

I didn’t catch early on that the woman, named Kit, lost her sight in the collapse at the beginning of the game. So when the story hit the point where Kit crept along in pure darkness unable to move any faster unless Hodge meowed loud enough for the sound to bounce off objects, illuminating I was really confused as to why that was an aspect the story at all. It wasn’t even until later when I was reading a wiki to get past a puzzle that I even stumbled upon the fact that she was recently blind.

It’s hard to convey what being blind is like to a player who has full sight, other games like Perception have done it incredibly well and in a massively believable fashion. One of the major disconnects I had in Another Sight was the fact that Kit didn’t sort of feel her way around and could jump over gaps if Hodge lit the way. A few times in the story she even drives a boat perfectly. I mean given the sound bouncing everywhere it sort of works that way but it doesn’t really fit if she can’t see. It doesn’t seem plausible that a blind teenager who can only see when sound illuminates the area can drive a boat without crashing it. 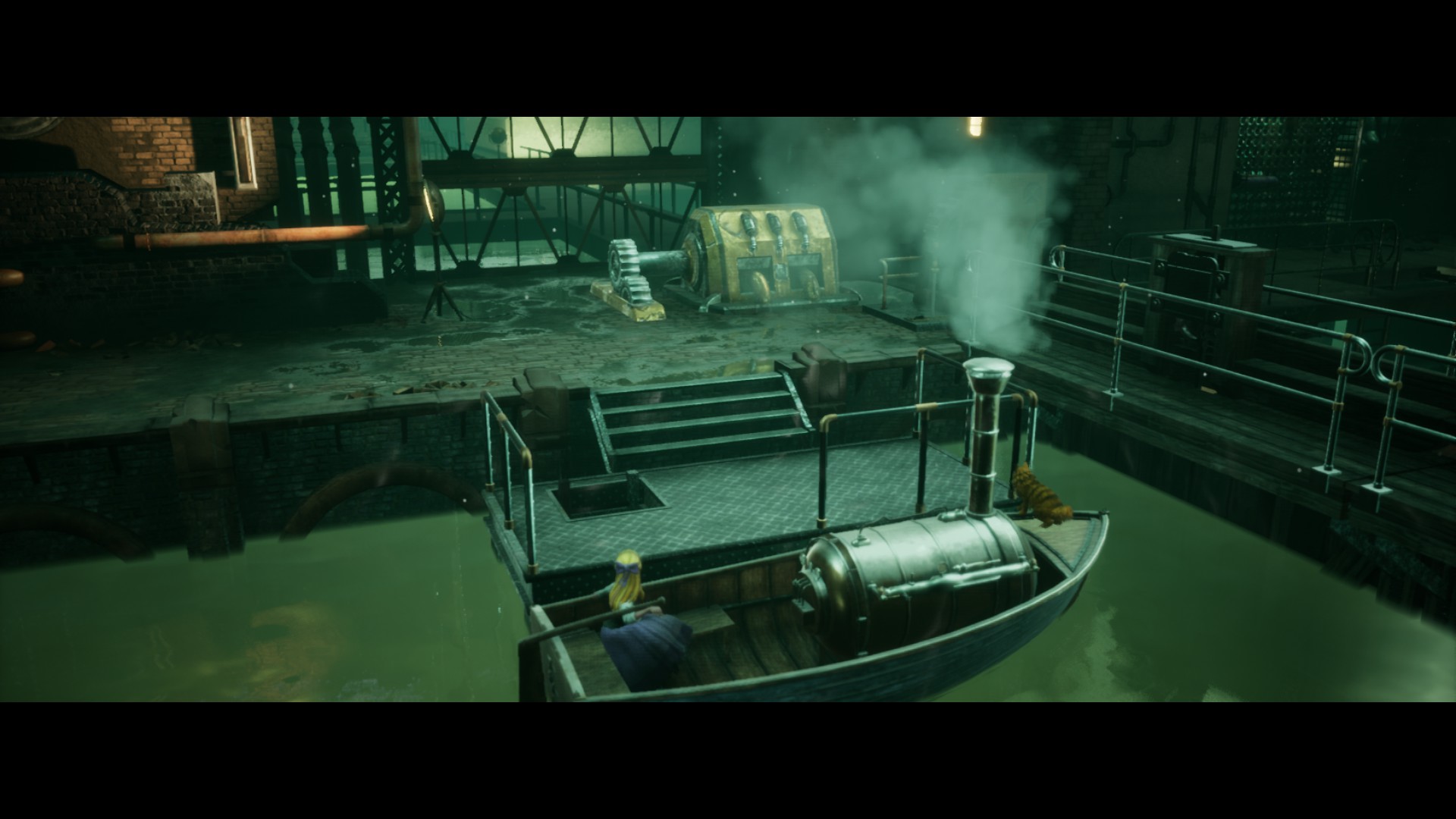 While there is a disconnect on some of what happens in the game it is nice to see Kit and Hodges’ journey play out. Kit comes to rely on Hodge and the two become a great duo. They each complement each other’s weaknesses in a mostly believable fashion. Hodge guide kit because of her lack of sight, Kit… has thumbs and can open doors and pull switches.

The soundtrack to the game is also well done. It more often then naught makes locations all the more memorable. It’s also thrilling to scurry along as Hodge pouncing or leaping around as the music escalates. It is a nice and often peaceful manner compared to the bleak and dark visuals players see when they switch to Kit’s point of view. 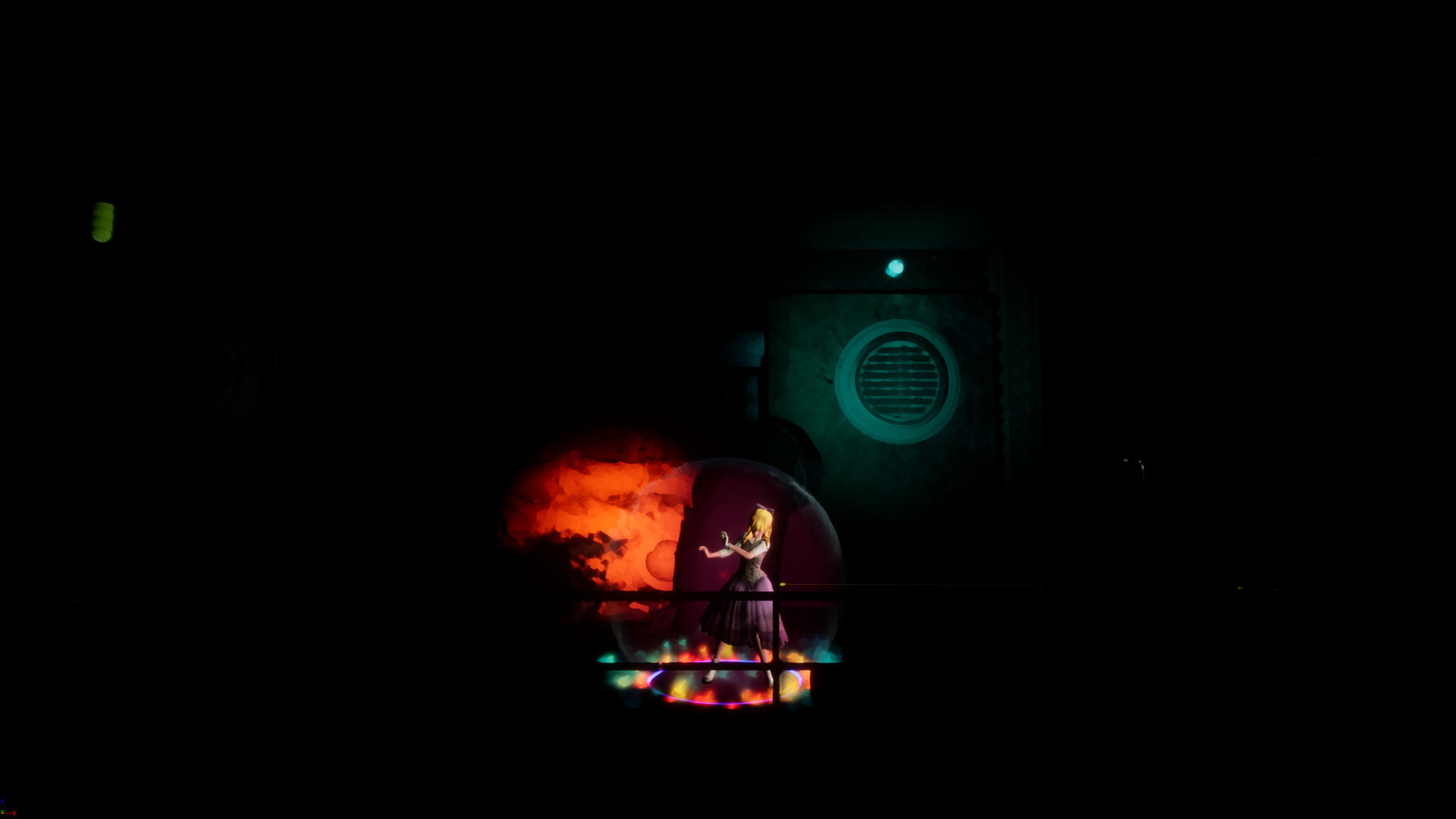 So How Does it Work?

Controlling both Kit and Hodge works pretty well in Another Sight. Both characters can only be controlled individually, which is great. It keeps the game from tripping over itself the way Brothers a Tale of Two Sons did. That particular game had the characters controlled by individual sticks and basically split the buttons between the two. It all made it feel a little clunky at times and thankfully Another Sight doesn’t fall into the same trap.

When playing as Hodge, Kit sits idly and vice versa allowing players to work as far as they can towards the objective before needing to switch back. I also noticed the player doesn’t really need to worry about getting off track. What that means is when playing as Hodge as long as the player is holding the joystick to move them forward Hodge moves on a specific track. That track almost always runs along the back of the environment. I’m sure that was done to keep the two characters from tripping over each other when moving around the environment, it’s a really smart design choice.

I’m sure it wasn’t as intentionally amusing as I found it but Hodge’s jumps were one of the most entertaining aspects of Another Sight. I often found myself giggling and downright giddy when making the cat jump straight up. The way Hodge just flings himself and goes stiff as his back arches for whatever reason made me laugh.

On the other hand, his platforming sections could be a little tedious from time to time. There were times Hodge had to jump through a hole in the floor and it wouldn’t quite work. Sometimes Hodge would flail and miss the ledge and plummet down all the climbing I had just done. There were other times where he would just end up smashing his face against the stone because he didn’t hit the exact pixel so his little arms would grab the ledge. It wasn’t a huge detraction it was just an unmissable annoyance in a solid story. 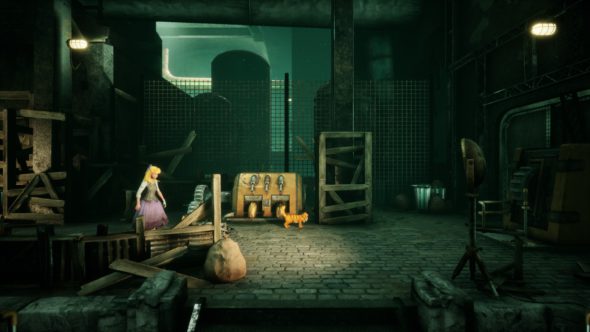 Another Sight takes set pieces based off of some of the most brilliant minds to exist and also throws in a steampunk vibe. What worries me though is despite it being overall okay, it’s incredibly forgettable. What that means is that despite its setting, characters and solid story it would likely slip my mind when telling friends about game recommendations. I can’t quite put my finger on it as to why that would be so. Be that as it may, Another Sight is one of the better games to make the jump from PC to consoles over the past few years and it is worth putting the time into if you are looking for something to do in between the bigger releases on the radar.