Rocket Arena can best be described as taking the high octane gameplay feel of games like Quake and melding them with the larger than life character styling of more recent games; such as Overwatch. Sky oriented combat isn’t really a strong suit of mine but I was more than happy to try out Rocket Arena. Thankfully Rocket Arena was easy to pick up and at times was really hard to put down. Let’s take a look at what it brought to the table.

During the Rocket Arena beta, players had access to a few different game modes on a handful of smaller arena type maps. There was a sort of last man standing style game named Knockout. Each team member has a limited number of lives, once every member of the team loses all three lives the other team wins.

Another mode was dubbed Mega Rocket and it has teams competing to capture specific points on the map, similar to King of The Hill. Teams have to capture five to win and it is perhaps the most enjoyable mode to play. I wish it had let me pick what game mode I wanted to play because I likely would have spent the entire time playing it. Rushing the point with abilities like Blastbeard’s shockwave is highly amusing. It easily can disrupt the enemy and allow your team to get to the point. Kayi can fling her gravity orb in there and slow incoming projectiles and then use it with her hook to move higher and take enemies out.

Rocket Ball was an enjoyable Grifball-style game mode. The ball at the beginning of the game is dead center and both teams race to it while killing each other off. After the initial score is made the ball will spawn on the losing team’s side. That stands unless the ball is thrown out of bounds, then it resets to the middle and chaos resumes. Some of the maps have an added benefit, not mode specific but it helps, where you can activate a switch and have a barrage of rockets make scoring even more challenging for the enemy.

There was a fourth mode in the beta but it was completely optional unlike the other ones listed above. This mode was Rocketbot Attack in which a team fought against hordes of AI controlled robots. 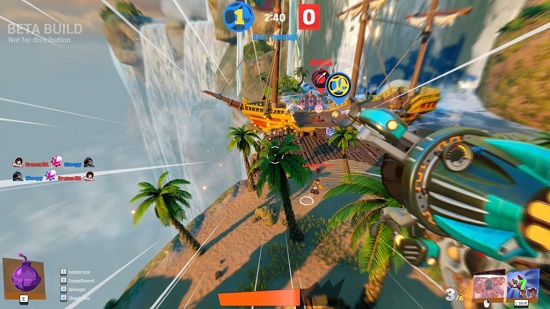 There were six characters all with their own unique character builds and personality. Kayi has abilities like a grappling hook, a gravity field, and a charge bolt. Jayto has a rapid rocket ability as well as a precision shot while remaining agile because of his booster ability. Blastbeard was where I noticed the game could easily get thrown out of balance. His abilities are okay on their own. He has a cannonball he has to arch at enemies but it hits hard, his anchor shot hits harder. He also has this shockwave that is highly useful for clearing points. It knocks enemies back and completely disables any incoming rockets for its duration.

What made it all feel heavy-handed and unbalanced was when a full team chose Blastbeard. They would completely decimate the enemy and easily juggle them long enough to win whatever mode was being played. Understandably, this is a beta, so moving forward I hope that is revisited by the team and there is some sort of a lockout, albeit after one or two people pick a character. It wasn’t just Blastbeard either, Izell was an easy character to use to stack and keep the enemy team from being effective. 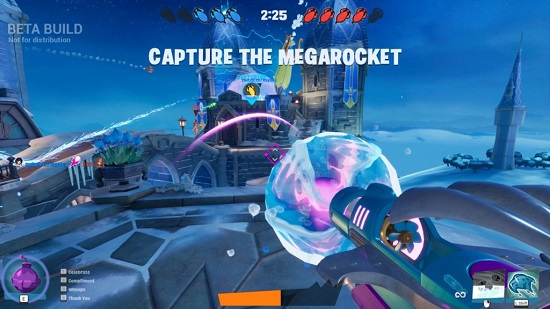 Booty From Some Loot(y) Boxes

Loot boxes are character specific and are earned almost every level up. I’m sure in the full version there will be some way to purchase the loot boxes but as long as there was a way to keep earning them at a consistent rate there really won’t really be a reason to buy them. Which is great for consumers like me who don’t have the cash to spend on loot boxes nor do they really want too.

In Rocket Arena, there were also customizable return trails. So as you respawn a rainbow follows you or even flames. You can even set a totem to give a little buff to characters. Daily login rewards actually offer a lot to players. There were some great legendary skins that simple required logging in for two days in a row. 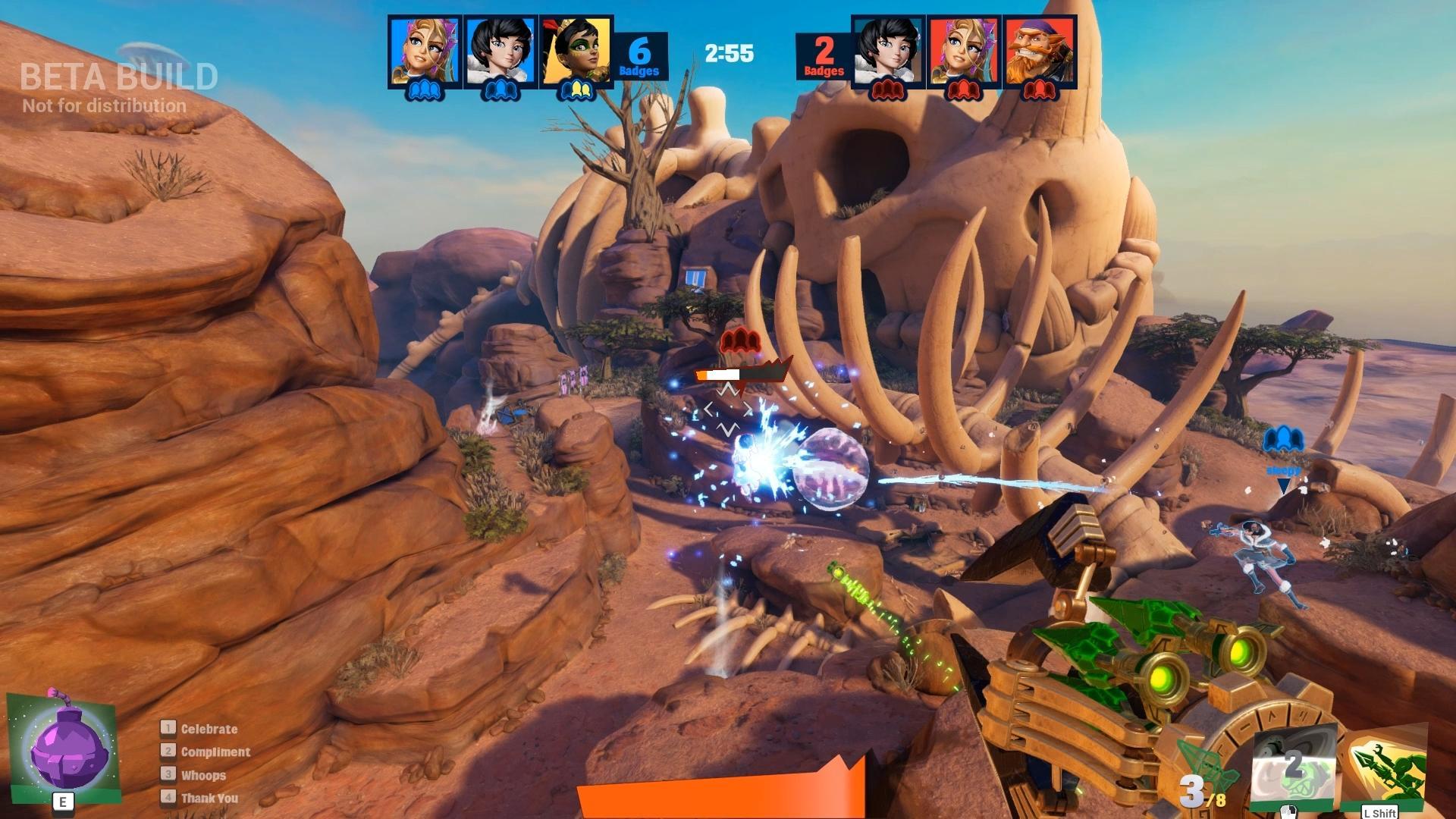 At this point, I can not find an exact release date listed for the game so if you were a fan of the beta or this article piqued your interest keep an eye on the Rocket Arena website and Twitter for more information. Rocket Arena’s fast-paced and frantic matches were enjoyable for the most part and I am looking forward to seeing what else launches in the game when the full version goes live. Did you play the beta? Is this the first time you’re hearing about this game? Let us know in the comments below!