Until now, most of the Fallen heroes have been tame in their attacks. With straightforward battles, Herakles decides to add fallen bricks to the mix with his fight. 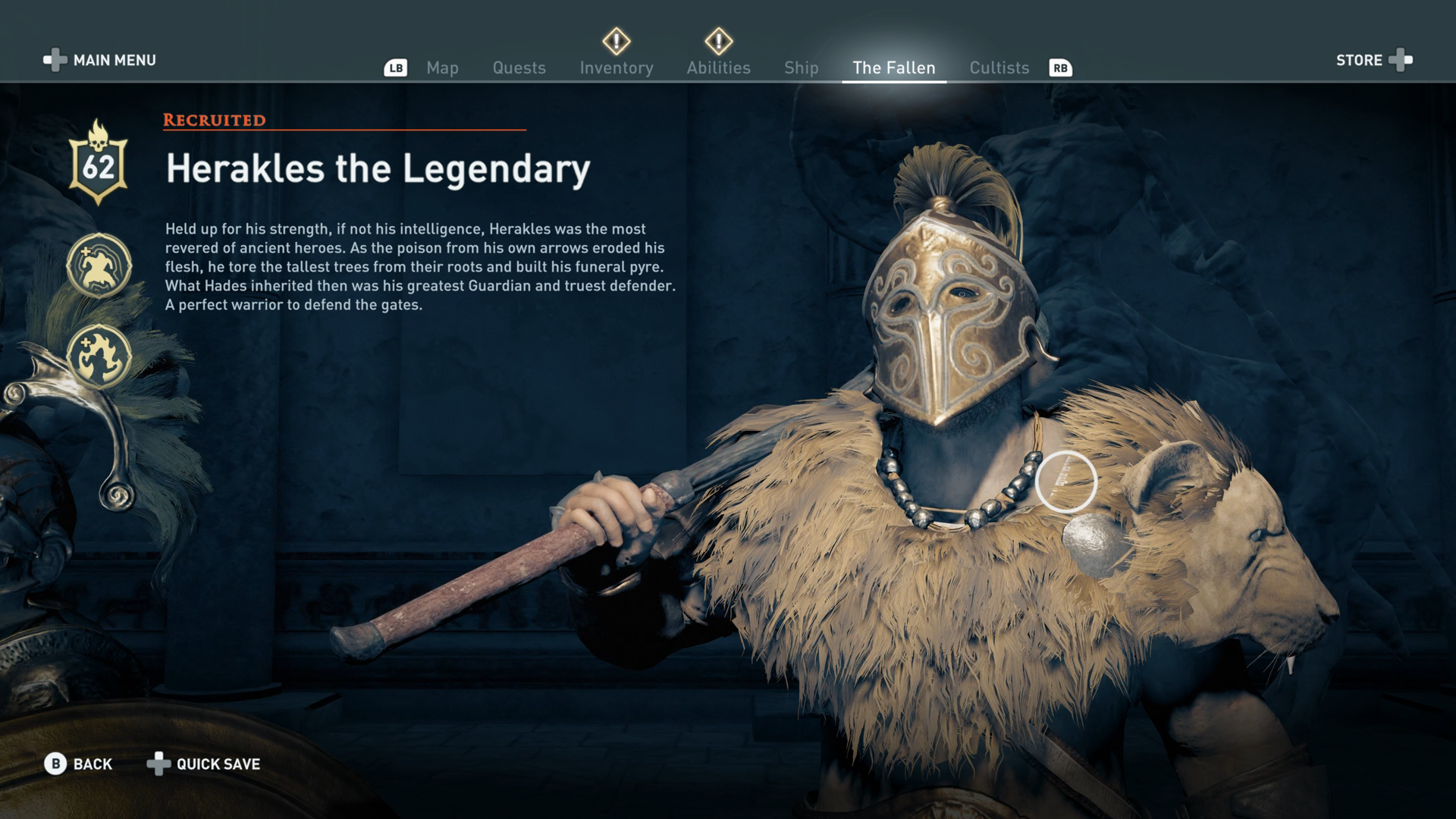 Herakles can be found in Tartaros behind a veil inside the temple that houses a lot of dead cyclopes. Inside Herakles can be stealth attack for a quick hit but be quick as he frequently turns around.

Once the battle begins, Herakles will show off his ground pound attack, making it near impossible to maintain distance, and bricks falling from the ceiling. The falling debris is easily avoided by remaining far from the white indicators.

Herakles is a heavy hitter and dodge is your primary focus. One hit could easily take up a 1/3 of your health and due to his leaping attack, arrows are nearly impossible. Your best option is to dodge and counter attack. Fortunately, Herakles’ attacks are slow due to his size so you can use a heavy weapon to inflict massive damage. Especially if you charge it.

Keep up the assault and remain close to Herakles, eventually, the hero will fall and join the Underworld Guardians.