Time to recruit a king to your Underworld Guardian group. Throughout Assassin’s Creed Odyssey the player encounters and kills kings or royal figures all the time. Another won’t be a problem. With King Agamemnon ready to join the club, if you can defeat him. 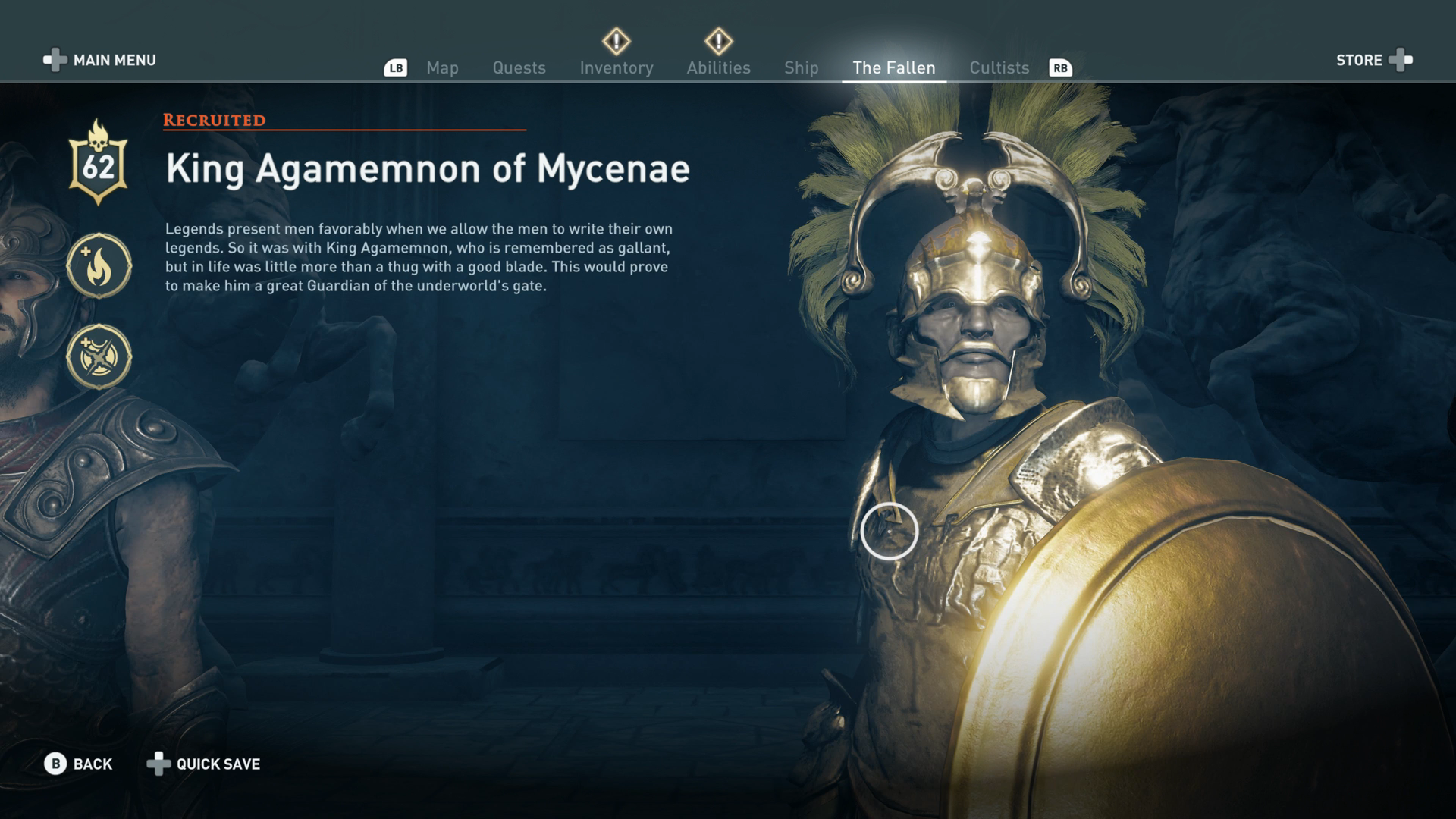 Agamemnon is a defensive fighter but thankfully if you upgraded your Shield Breaker this fight will be much easier. Destroying the warrior’s main form of defense and turning this fight into an easy win.

Agamemnon still has an array of bombs he can use. But these are easily avoided by simply dodging out of the range of effect. Just be mindful of the unblockable attacks and Agamemnon will fall.