Microsoft has been taking steps to return to the PC gaming world. Providing cross-support between Xbox One and Windows 10 such as playing specific digital games and progression between the 2. Now, Microsoft is bringing Xbox Game Pass to PC. 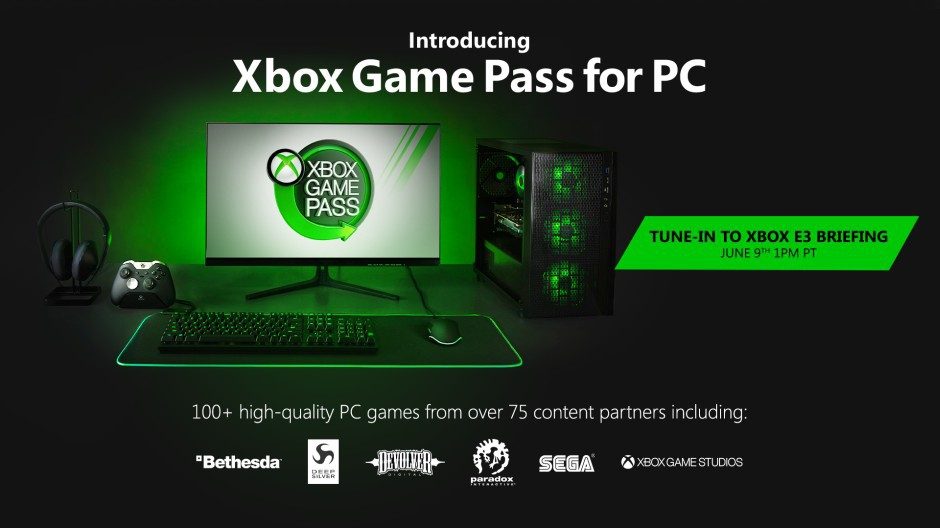 Announced by Phil Spencer, the Xbox Game Pass will come to PC and:

“We also considered the importance of bringing something new and additive to the PC gaming ecosystem, and we believe that we can. So, we designed a service specifically for the needs of PC gamers and PC game developers,” Spencer said in the post of the service coming to PC. “It’s called Xbox Game Pass, just like the original, but it’s a new experience that we are building together with the PC community.”

It’s likely that the service will feature the same service as the currently Xbox Game Pass. And considering that Microsoft is briding both Xbox One and Windows 10 perhaps we’ll get both services for one price. Personally, that would turn me into a customer.