Today’s Nintendo Direct revealed the final two fighters for a total of 74 characters in the Super Smash Bros. Ultimate roster.  When players choose their Ultimate fighter, the characters will appear in the order that they joined the Super Smash Bros. series, starting with the original Nintendo 64 roster up to the most recently added characters in the series including Isabelle (Animal Crossing), Inkling (Splatoon), Ridley (Metroid), and King K. Rool (Donkey Kong). The first announced character was the rival of Ryu, Ken Masters from the Street Fighter series. With an appearance based on Super Street Fighter II Turbo, Ken will be an echo fighter for Ryu with attacks that include Hell Wheel, Focus Attack, Shinryuken, and Snippu Jinraikyaku. 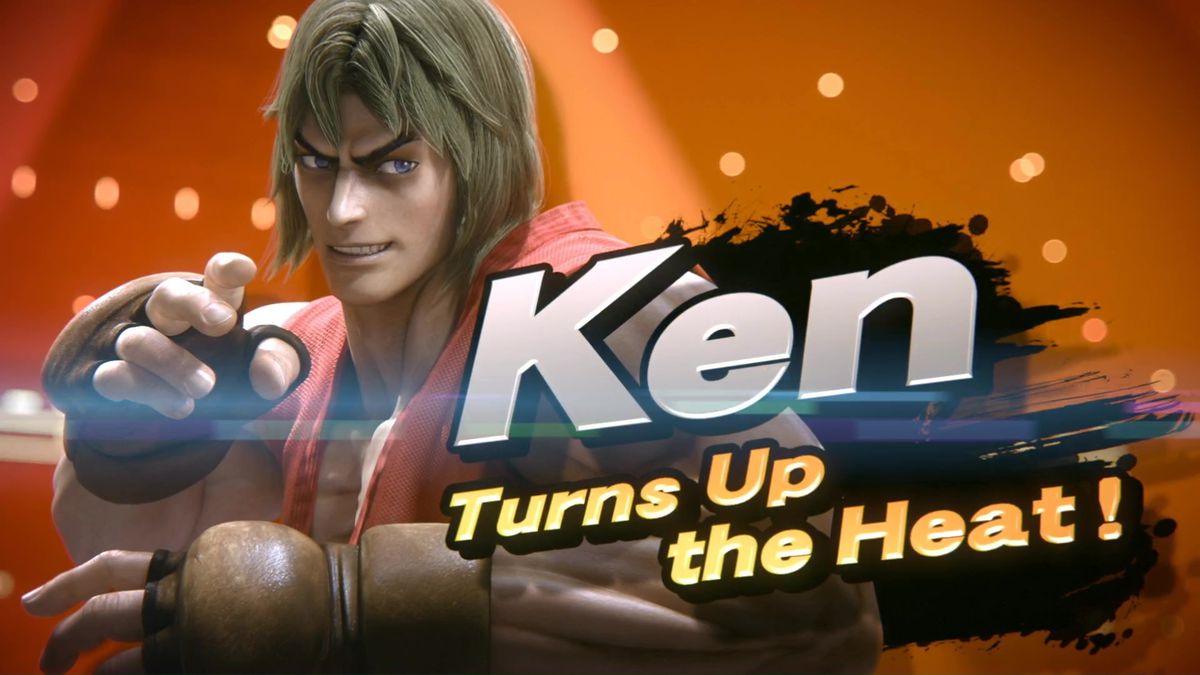 The second is Incineroar, the final evolution of Litten who was a starter in Pokemon Sun & Moon.  His moveset will include Darkest Lariat, Cross Chop, Back Body Drop, Fail!, Lariat Revenge, and Max Malicious Moonsault and conentrate mostly on grabbing and throwing his opponent across the stage. 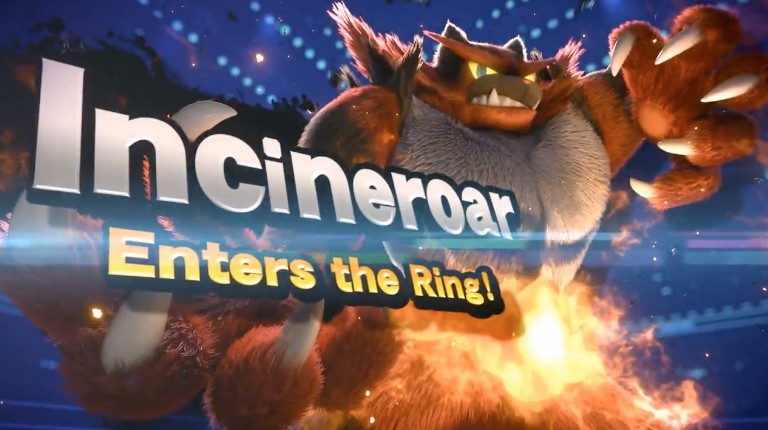 The trailer at the end of the Nintendo Direct revealed the new story mode for Ultimate titled “World of Light.” It shows our fighters faced with an invasion of giant hands that proceeds in a massacre despite the heroes best efforts to evade, hide from, and outrun the beams of light. The massacre of light beams takes out everyone but Kirby, who is now alone. He must face possessed versions of the other heroes in order to bring them back to life.

Spirits enhance fighters and are broken into classes from weakest to strongest as Novice, Advanced, Ace, and Legend. Each fighter can have a primary spirit that adds its power to the fighter. Each spirit also has an assigned type of attack, grab, and shield; with one having an advantage over the other in a rock, paper, scissors fashion.

Support spirits are assigned to additional slots where they lend their skills to the primary fighter. Some skills include Autoheal from Elise (Fire Emblem Fates) or Cappy’s (Super Mario Odyssey) Strong Throw with more to be seen. Players can strengthen spirits by training them at dojos and gyms that can be unlocked by beating their masters, feeding them snacks to level them up, and searching for treasure which can be done during play or while the game is powered off.  Spirits cores can also be combined to create new spirits, and some spirits even have enhanced forms.

Sakurai announced that five Fighter Packs will be released until February of 2020. Each pack will include one fighter, one stage, and one music track and will cost $5.99 each. The Fighter’s Pass will include all five packs for $24.99.

Players who purchase the game between November 1st will have access to Piranha Plant as a playable bonus character, bringing the roster to 80 characters total. Super Smash Bros. Ultimate is set to release December 7th, 2018 for the Nintendo Switch. For all the latest in gaming news, go to Gaming Access Weekly.