Artifact, Valve’s first game in years finally has a release date. For those unfamilaiar with Artifact, it is a Card Collecting Strategy Game (CCSG) based on Dota 2’s world, heroes, and more. The game was first announced at last year’s International major Dota 2 tournament.

Unlike Dota 2, Artifact will not be free-to-play. Pricing will actually start at $20, and the game will be available on PC, Mac, and Linux at launch, with Android and iOS to join in on the fun sometime in 2019. The full game (that $20) start-up) will get players two pre-constructed decks. The decks consist of 54 cards each. Those 54 cards are broken down into five heroes, nine item cards, and 40 “other cards,” which will most likely consist of energy or mana cards, maybe even monsters. Only time will tell exactly what will be in them. 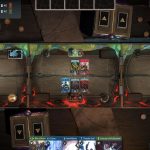 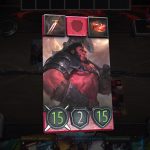 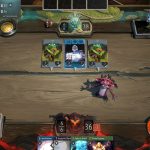 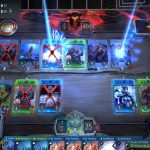 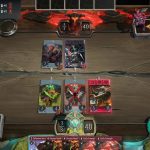 If you are to excited to wait, the first ever playable version of Artifact will be available at PAX West in Seattle from August 31th to September 3rd. Valve will host some gameplay sessions at the show. Attendees will be able to earn signed artwork, merchandise, and two keys for free copies of the game.

Artifact will be available for everyone else to purchase starting November 28th. Stay Tuned to Gamer Assault Weekly for all your gaming needs.