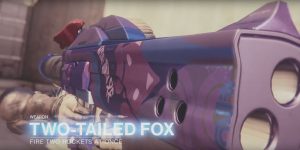 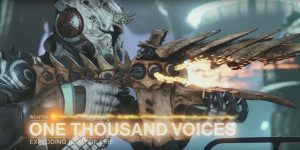 The Two-Tailed Fox is an exotic rocket launcher that fires two devastating rockets at the same time, one void and the other solar elemental damage. This could definitely change the tied in a PVP match.

Trinity Ghoul is a Bow Exotic, the newest weapon type in the franchise. This elegant weapon will grant you an electrical storm arrow after a few precision kills that will shock and awe the enemy.

Wish-Ender is another Exotic Bow that will let you see through walls to find your opponents and it will pierce your targets.

Malfeasance is a beautiful and dark Exotic Hand Cannon that will detonate a big explosion after five hits to those who dares face you.

Black Talon Exotic Sword, similar to the first Destiny‘s Boltcaster, will fire projectiles for those that think distance can stop you.

One Thousand Voices is an Exotic Trace Rifle that fires a devastating exploding beam of fire.

Making a comeback is a classic from the first Destiny, the Ace of Spades. It comes with an added perk that grants you extra damage bullets every time you reload after a kill. 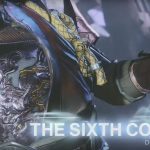 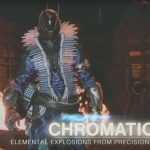 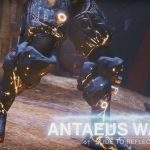 Antaeus Wards is a Titan exotic boots that reflect rockets or grenade projectiles when you slide. Talk about returning gifts.

The Sixth Coyote chest armor will grant an extra dodge that could get you up and close with your opponent or make a quick getaway.

Chromatic Fire is an Exotic Warlock chest piece that gives an extra boom to your Kinetic weapons. Every precision kill with a kinetic weapon unleashes an elemental explosion. 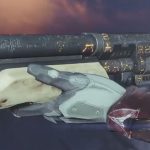 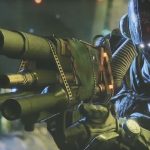 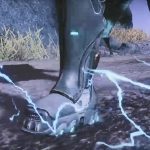 The video also showed a few other Exotic weapons, and armor for each class that coming closer to the release date the Bungie team might talk about in the upcoming streams.

In one final note, it seems that the Kellslayer’s Helm Titan legendary helmet is another comeback from the first Destiny that is originally from the Prison of Elders DLC. It would not be a surprise to see more Prison of Elders items or similar new ones due to the fact that Forsaken DLC takes place on the Reef and what’s left of the prison.