At the Video Game Awards in 2011, as gaming generations were shifting from PlayStation 3 and Xbox 360 to their newer, shinier brethren – the PS4 and Xbox One – Epic was getting ready to drop a bombshell. This was Epic’s first opportunity to show off the latest version of the Unreal Engine.

The previous version, Unreal Engine 3, powered numerous games throughout the PlayStation 3 and Xbox 360’s lifecycle, including Epic’s own technically marvelous Gears of War series. Unreal Engine 3 became one of the defining game engines of the generation, and the reveal of Unreal Engine 4 was a big deal not just for gamers, but developers and the gaming world at large.

Epic had provided the developmental tools and roadmap for a littany of developers the previous generation, and many were looking to Epic to steer the ship in the  next generation with something big and bold.

What they showed off wasn’t a gritty, hyper-violent and realistic shooter full of space marines ala Gears of War, but instead a silly little tower defense game called Fortnite.

Six years of development later, Fortnite is now available to play – though via Early Access – on PC/Mac, PS4, and Xbox One.

Fortnite will eventually go free-to-play sometime in 2018, but those who wish to get it via Early Access will need to pay $40 for the standard version, which includes access to the game and various bonuses, such as loot packs and additional customization option. There will also be Deluxe ($60), Super Deluxe ($80), and Limited ($150) editions of Fortnite, all with their own unique content bonuses. 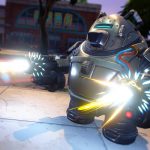 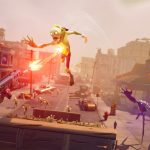 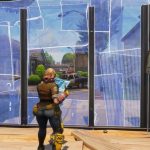 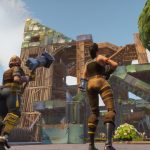 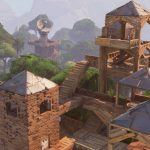 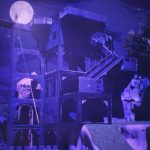 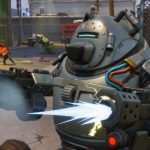 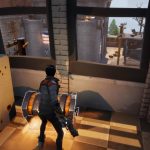 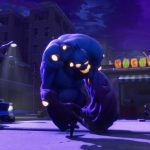 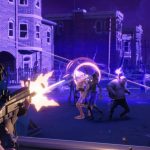 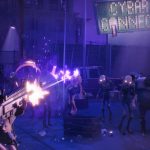 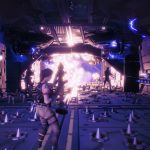 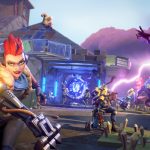 Fortnite is a third-person tower defense game with an expansive building system, which lets players create and set a series of structures and traps to help fight off wave of enemies. It functions a lot like Horde Mode from Epic’s own Gear of War series, though with many more options in how you can defend your base against the oncoming swarm of enemies.

“Fortnite is an “Action Builder” that invites the player to flex their creative muscle by building elaborate forts and defending them from hordes of monsters,” reads the game’s official promotional material.  “Craft, build, and fight your way through the apocalyptic storms, all while leading a group of Heroes in the battle to save the world!”

The cartoony visuals are quite the departure for Epic, which has traditionally focused on high-fidelity blood and guts. It reminds me a lot of Gearbox’s Battleborn. Coincidentally, Gearbox has partnered with Epic in distributing the game on physical media.

For those who wish to play the game on PC/Mac, system requirements have been posted below.

Fortnite is available now via Early Access, and will be out in full as a free-to-play game sometime in 2018.