If you have ever wanted to stalk teenagers and murder them at a sleep away camp but didn’t have a controlling mother that made you into a serial killer, well now you are in luck. Developers Gun Media and Illfonic originally started making a game with that premise in mind, that was until the people behind Friday the 13th, the movie, contacted them and made Friday the 13th: The Game. Now you can stalk teenagers and murder them graphically as one of the most famous 80’s movie killers of all time, Jason Vorhees.

Starting At The Beginning

Before I begin this review, let me assure fans of this series that this game is a much, much better game than what they tried to pass off on the NES. Having said that, anyone who has played that game knows that’s an extremely low bar.  The design borrows directly from the films, which, bottom line, it is Jason versus teenagers: he’s hunting them, and they’re cooperating to escape. There is no single player campaign as of yet, so, the story for the current version is meager. However, are you really playing a Jason Vorhees game that promises the gore in the above trailer for story content? The opening cutscene starts with Jason emerging from the forest, cutting down some unknown counselor in front of all the other ones. The other counselors all run off, the cutscene ends, and “five minutes later” your character spawns in some random part of the map. This scene is literally the same for every map. The ridiculous part of this cutscene is Chad, the game’s version of the blonde moneybags archetype, has a face that looks like a surprised character from a low-budget ’90s CG cartoon: stiff, eyes bulging, and completely contorted.

After that, the game is basically survive or die. Being a counselor, your story is to try and survive the night by any means possible. As Jason, your job is simple, kill everyone. Counselors need to work as a team but as you could imagine this is not always easy. You have many things working against you, panic, mistimed button pushes, and most importantly, playing with real people online sucks when panic sets in. ‘Fight or Flight’ is so real in this game.

Jason vs Everyone: Online Play

This game (as of the time this review was written) is only an online multiplayer game. The good people at Gun Media and Illfonic probably didn’t expect such a huge outcry for this game and for some time it was nearly impossible to get online. Originally it took me anywhere from 10 to 15 minutes to join a match, now it takes around eight. Either way, the load time is unreasonable. Once you are in a lobby, try and stay there, otherwise, you are wasting way more time.  A single match lasts 20 minutes, and that time has different effects on you depending on which role you’re randomly assigned to, or how fast you die. As a camp counselor, you are set free in a random part of one of three maps pulled from early Friday the 13th films. You then have the task of either repairing escape vehicles, calling the cops, hiding from Jason until the end of the match, or killing him. However, this latter option is a complicated process that the game never explains, in fact, it doesn’t even hint at it. If you are the lucky one who’s picked at random to play Jason, your only goal is easy, try to kill every counselor that you can get your hands on.

While escaping Jason can be fun and exciting, playing as Jason is without a doubt the most enjoyable time you’ll have on Friday the 13th: The Game. While I was only picked a few times to play as the lone killer, it was way more fun an adventure with all the neat powers you have, proving the supernatural abilities of Jason. You are pretty much unstoppable, to begin with, and then you gain new abilities throughout a match that increases both your awareness and mobility. Eventually, Jason can warp from one end of a camp to the other when a counselor might escape, rush across large stretches of land to catch a running victim, detect fearful or active counselors, and even silence that famous, haunting theme that usually plays when he’s approaching an unsuspecting target. He even has an ultimate move called Rage which will earn him the strength to bust through locked or barricaded doors rather than having to hack them open. This skill basically thwarts a counselor’s most effective line of defense: shelter. Playing as Jason is a huge power trip. When caught, a counselor has a meager chance to fight back by staggering Jason with a single-use weapon such as a pocket knife, a flare gun, or pure will to live (as you button mash to freedom). However, most of the time, once Jason has a player in his grasp, they are as good as dead. Players will find that there are several places to hide, which include tucking yourself into an armoire, a camping tent, or under a mattress. Jason will still be able to find you if the counselor you’re controlling is prone to making noise in fear. Unfortunately fear is an automated process triggered by the sight of Jason. The one way around this is to pick a counselor with a high stealth rating, and you’ll have an easier time waiting out a match from the safety of a confined space. While this seems like a boring tactic it is an effective way to ‘win.’

There are some good RPG elements in play here for both the counselors and Jason. While Jason gets some more of those colorful kills, the teenagers will unlock perks that will help them survive, such as starting with a weapon in your hand or higher damage resistance.  I actually do like the progression system, it would be better if there seemed to be any rhyme or reason to the XP gains but I can overlook that.

If you have a good team that you are playing with the idea of escaping becomes a tad bit easier. If your other online counselors decide to escape rather than simply avoid Jason, you will all have to poke around every available building in search of items such as batteries, fuel, and keys to repair nearby cars and boats or a new fuse to fix the old fuse box to call the police. Items are placed at random locations, so you never know exactly where to look. Clearly, this is where teamwork then becomes important as you can coordinate your efforts to simultaneously search multiple buildings and report Jason sightings as you go. This is, of course, like most online games, assumes that your fellow counselors are not only wearing chat-enabled headsets but that they are willing to listen and work as a team. Playing with friends makes this much easier; playing with strangers does not. The three maps pull from several of the movies, in particular parts two and three. There are a lot of cool callbacks to the game. For example, fans will no doubt recognize Jason’s shrine featuring his dead mother’s shriveled head and the barn from Part 3’s climax. Another great reference is that Jason’s nemesis Tommy Jarvis, known by some of the biggest Friday the 13th fans, is included as a hero character that can be summoned by the teens to help finish the fight. If you can trigger it, by finding the CB radio, a player who has already been killed is chosen at random to take control of Tommy, so this mechanic also gives players a reason to stick around after they’ve been killed off and another chance to survive the night. Tommy even comes in with his famous shotgun (which only comes with one shot, so don’t waste it). There are also numerous unlocks that occur automatically as you level up your profile, like new Jason outfits that harken back to some of the other movies.

When you’re playing as Jason, this is unquestionably the best Friday the 13th game ever made. I couldn’t be happier with the genuine love for the franchise that is on display here. Hunting down players and executing them in spectacularly gory scenes is an homage that warms my heart. But the fun of its asymmetrical multiplayer-only action is heavily skewed toward Jason, which makes sense if you think about it. However, what that means when you play as a counselor you can feel like there is no point. You will most likely be stuck playing as teens rummaging through drawers 80% of your gameplay. Despite some of the heinous glitches, there is some dumb fun to be had here. Which in that respect, they really nailed from the movies.

All of these blemishes are easily forgiven in the moment as nothing ends up broken mid-match for long, but problems exist elsewhere that can make even getting into a match something of a chore. Waiting times for matches, you may wind up in a match with nothing on your screen, save for the mini-map in the lower-right corner, getting booted for no reason other that “server issues.” Call them launch woes or something else, but these events aren’t uncommon enough to simply brush off.

Friday the 13th: The Game will definitely keep your interest, especially if you are playing with friends, but the game overall has many flaws. Gun Media and Illfonic have said they are working on it and to “please be patient” so I am willing to give them the benefit of the doubt that most of these grievances will be dealt with. However, overall, if you are a fan of the movies, the game will give you pure satisfaction for a while. You can pick it up now on PC, PlayStation 4, and Xbox One. 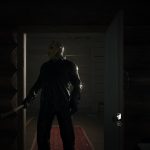 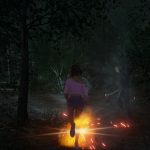 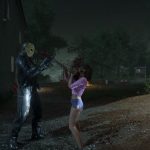 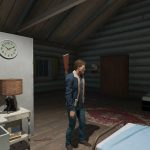