We’re heading into the summer and now’s as good a time as any to unwind with a fun adventure. Based on the below, I definitely don’t think you’ll go wrong with any of these choices. Also, I think I’m technically cheating this month. I mean, all three games didn’t actually release in the month but two of them did get an update in the past month with some fresh story DLC. I’m sure we’ll let that slide though…

The Final Station + The Only Traitor DLC

The Final Station came out last August from Do My Best, covering the story of a world that’s in the process of ending. You play as a nameless train conductor, moving from city to city. As the game goes on, you’ll watch as civilization slowly collapses. There’s a larger mystery that sweeps you up and unfolds around your main character.

As the DLC just came out in April, we’ll cover the basics of The Final Station first. Both the game and DLC follow the same loop where you arrive in a new city by train or car. If there are people alive, you can talk to them for plot points and buy items from vendors. More often than not though, everyone’s dead and you’ll have to fight off zombie-like creatures to scavenge resources and move on to the next city. I found the overall combat and exploration of each city very tight and intuitive. The maps are laid out in an overall loop, so even though you go to the edge of the map and double back to your train, you’re taking new paths and picking up more resources. The zombies come in a few flavors and require different strategies to defeat as well. Some are quick and will leap at you, others lumber slowly or will explode if shot. You can always punch a zombie to death, or charge up a punch that deals enough damage, and there’s a pistol and shotgun in case you need them. Ammo is scarce enough and it forces you to get creative with how you take these creatures out.

The storyline in The Final Station is really hard to follow and it feels like scenes and pieces of dialogue are missing. In the main game, your character never talks but dialogue is implied based on how the other characters act. A lot of exposition comes from train sequences between towns. You’re tasked with keeping the train running, healing and feeding passengers, and following along with the story at the same time. The DLC does away with the train sequences for some extended dialogue bits while you drive between the towns and it was a welcome improvement. 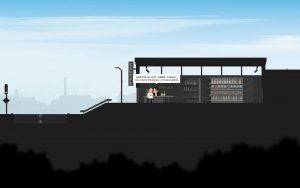 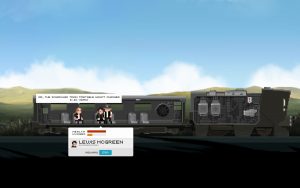 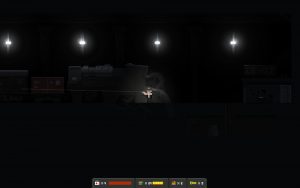 You find out that at some point, there was the First Visitation that has since faded in memory, but the looming threat of a Second Visitation is always present until the monsters start appearing. There are other mysterious characters who come in and out of the story and drive the train conductor forward but I had no idea who they were in the moment. The Only Traitor does flesh out a lot of the behind the scenes action, showing the motivations of certain characters and hinting at the grand conspiracy at play. I didn’t realize just how detrimental a silent protagonist was until I got to the DLC and saw the new player character talking. The plot of The Final Station and the DLC really shouldn’t be your reason to come to the game. It was interesting and for what I understood, it felt unique enough.

The DLC goes a long way towards fixing my problems with the base game. The story runs parallel to the base game and having this new character adds a lot of helpful narration to some of the same events. You understand character motivations a lot better as a result. The gameplay stays the same, but they remove the most tedious part which was the train management parts between the cities. I would definitely recommend picking up both The Final Station and The Only Traitor DLC if you happen to see them on a Steam sale.

The Final Station was originally released in August of 2016 and the DLC was released in April. It’s available only on PC. 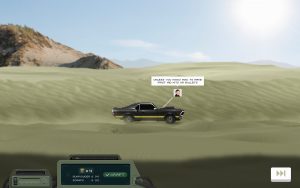 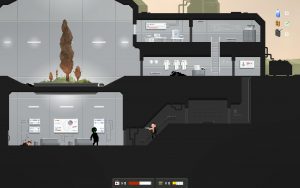 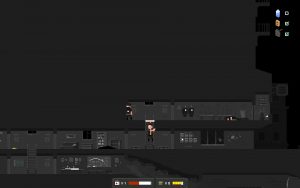 Like The Final Station, Hacknet is another indie title that ended up with a story DLC update with Labyrinths. Hacknet was developed by Team Fractal Alligator and originally released in August of 2015.

The first thing that’s going to catch your attention is that Hacknet is played entirely in a fake computer command prompt screen. If you’ve ever worked in IT before, the game will look extremely familiar. You play as a hacker, taking jobs as they come up on your message board. As the game goes on, these individual jobs all start to coalesce around a certain mystery or story. For the base game, you’re trying to find out what happened to ‘Bit’, a hacker who mysteriously disappeared and in the DLC, you’re helping the enigmatic ‘Kaguya’ with their missions.

Every system you hack into follows the same pattern. You’ll probe for vulnerabilities and run programs to crack an admin password. Once you’re in, you’ll grab the document or information you need and delete all trace of your activities. The challenge sets in when you need to scan for other devices on their network and hack into those or you find a trace running against you and it becomes a race against the clock. Each contract is a puzzle to solve and they’re not super complicated. Between the base game and the DLC, I was stumped maybe once or twice, and those were due to not fully understanding how some of the hacking tools worked. 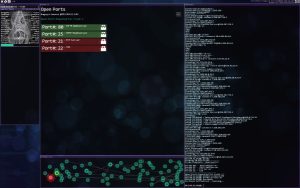 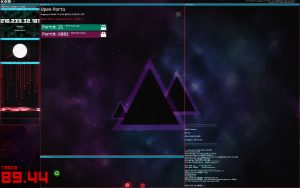 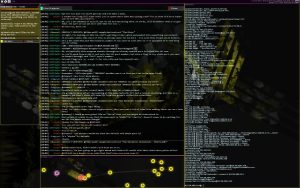 The game settles into a natural rhythm quick and you’ll feel that tug of “just one more contract” once you get into the zone. One of Hacknet’s strengths is the way it simplifies these commands and hacking concepts to make them easily accessible. I’ve worked in IT and know my way around a command prompt but the tools are presented in an easy-to-follow way outside of a couple of outside cases. Overall, the main campaign was about five hours and the DLC added another two to three on top of that.

One of the things that stuck out to me about this game were specific missions you’re assigned. You have missions where you are asked to hack into and stop someone’s pacemaker or hack into an airplane and watch the altimeter drop below the ‘point of no return’. There’s a moment in Labyrinths where you’re counter-hacked and are forced back to your actual computer desktop and have to use the command line to re-enable access to the game. Intellectually, I know this is a game and a series of scripted events that play out in front of me. Hacknet is immersive in a way you don’t even realize until you take a step back. 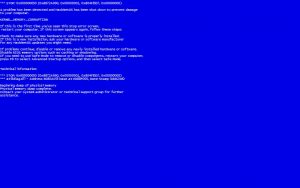 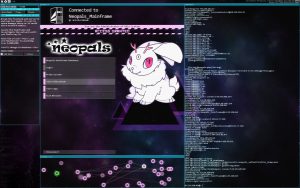 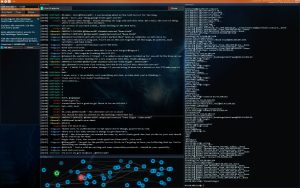 Graphically, the game isn’t much. You’ll always have a command line, a screen showing the contents of your current server, and a bar showing how much memory your computer has to run programs. After a certain point, you find a program that allows you to change your computer’s theme but these are mostly color palette swaps. The soundtrack for Hacknet is amazing though. The final missions in both the base game and the DLC execute these powerful, pounding techno songs. I can’t stress enough that in the lore of the game, you’re just sitting at a computer screen typing commands into a terminal. Despite that, the music sweeps you up and ratchets up the tension.

For me, Hacknet was a game I hadn’t seen really since I played Uplink: Hacker Elite years ago. It’s well worth checking out if you want to find a unique game in today’s indie landscape and the Labyrinths DLC adds in more of the same, engaging formula of the base game.

Hacknet was originally released in August of 2015 and the Labyrinths DLC came out in April of this year. It’s available only on the PC.

This month’s lookback game, Oxenfree, has ended up as the game I’ve tried to evangelize to my friends every chance I had. Developed by Night School Studios, this game tells a compelling, creepy story about teenagers trapped on an island and the secrets they uncover while they’re exploring.

Oxenfree is an adventure game and part walking simulator. You’re in control of Alex, one of five friends at this beach party on Edwards Island. After tuning your radio to stations that shouldn’t exist, you stumble into a cave and ultimately find a voice talking to you. It’s broken and fragmented speech, but everything goes white and when you come to, you need to find everyone else on the island.

Most of the game is Alex and her step-brother Jonas exploring the island and rescuing the other three as the larger mystery starts to unfold. Let me highlight the fact that Oxenfree is creepy. Not in a jump out and scare you way, but with a general sense of unease throughout the entire game. Objects can move on their own, random sets of creepy red eyes staring at Alex, and eerie sequences of possession. The game does a good job of drip-feeding this mystery over the course of a few hours and I felt it was a rewarding story overall. 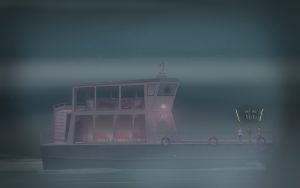 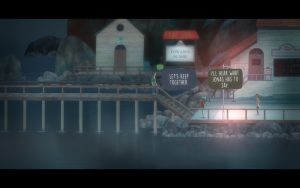 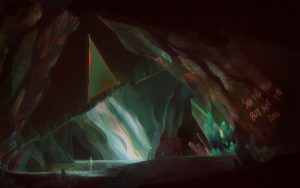 Without question, this game has the story as its primary focus. You’re exploring the island, finding objects and items to move the story along. The radio that opens up these ‘void triangles’ in the world can be used to tune into information about the island or uncover secret collectibles. When talking with others, Alex has a few choices of what she can say that help shape her reactions. From an overarching plot perspective, these choices don’t always impact the story but they reflect your’s and Alex’s attitude towards the situation.

Oxenfree doesn’t really make it clear, but you also gain reputation with Alex’s friends depending on who you stick up for. Without spoiling the ending, I didn’t realize the game was tracking some of these key points of dialogue and it influences certain events in the end of the game. The dialogue is snappy and meshed with how I’d expect late high school teenagers to talk. Some of the characters are pretty funny and manage to break up the overall sense of dread. The biggest fault I found with Oxenfree was the overall walk-speed. With a “walking simulator” type game, developers need to find the right balance of speed to the narration or dialogue that’s unfolding around the characters. Most of the time, Oxenfree does a great job of hiding the walking and climbing pace with dialogue between Alex and whoever has tagged along. There were a few instances where you had to backtrack through the environment, and during those points the slow pace isn’t broken up by dialogue. If playtime matters to you, I finished the story in one sitting of about three hours and I know that could turn some folks off.

Oxenfree was a creepy and engaging experience. For me, the mark of a game that’s worth recommending is how much it sticks with me after I’m finished. Once the credits rolled on Oxenfree and it kicked me back to the menu, I wanted to dive back in almost immediately even if there wouldn’t really be anything different. I just wanted more time with the story and I can’t recommend this game enough this month.

Oxenfree originally came out in January of 2016 and is available on the PC, PS4, and Xbox One. 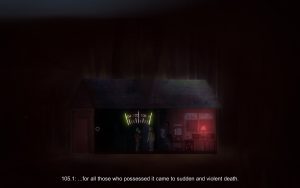 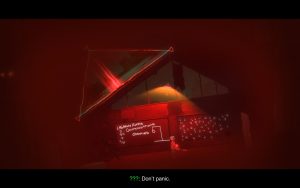 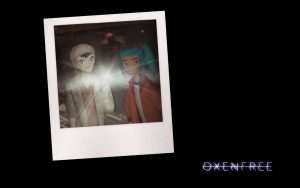 Worth Your Time: Oxenfree

If It Looks Cool To You: Hacknet + Labyrinths DLC, The Final Station + The Only Traitor DLC