The Division is a much different beast today than it was a year ago at launch. After severe issues in it’s first few months, Ubisoft has added a ton of new content through both free and paid DLC that has dramatically added to the game.

Today, Ubisoft has launched another big update. 8.5GB big, to be precise.

The patch is available now on PlayStation 4, Xbox One, and PC, Ubisoft announced via Twitter. 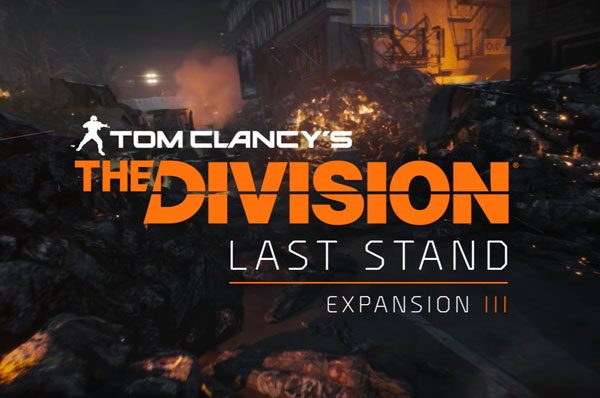 Last Stand is available in the $40 The Division DLC pass or it can be purchased by itself for $15.

Lastly, a free trial for The Division arrives today on all systems. Players are capped at level 8 and it allows them to play for up to six hours. All progress gained in the trial will carry over to the full game.

The complete list of patch notes is available below:

The following content, changes, and bug fixes are available free for everyone. Update 1.6 is available on February 28 for PC, PS4 and Xbox One.

When entering a match of Last Stand, characters stats will be modified in order to bring a more stable balance to player versus player combat.

Other changes to stats:

With all these changes to Gear stats, here are the details of how existing gear should convert with this update.