Overwatch‘s latest update, Winter Wonderland, has arrived to spread the holiday cheer. Hop on and get ready to earn lots of loot boxes, because Blizzard delivered new presents galore.

The seasonal Overwatch update has gone live on PC, Xbox One, and PS4. Winter Wonderland adds present-shaped winter loot boxes, which have over 100 new holiday season goodies to earn. You can earn special limited-edition character skins, emotes, victory poses, and more. Like the previous Summer Games and Halloween events, each loot box guarantees you at least one of the special holiday items.

Blizzard released a trailer that highlights a number of the goodies you can earn. Without a doubt, many players will be excited to go after a number of the limited-edition character skins. The Winter Wonderland event brings holiday season costumes for Lúcio, McCree, Mei, Pharah, Reaper, Roadhog, Sombra, Torbjörn, Tracer, Winston and Zenyatta.

Check them out below. Roadhog’s reindeer get-up is adorable for a guy known for being an ugly and ruthless killer. Santa Tobjorn is amazingly fitting, as is Mei’s holiday version of her wintery outfit. 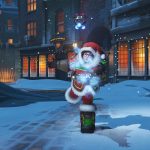 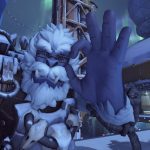 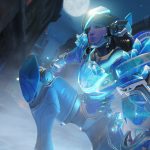 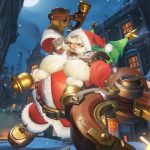 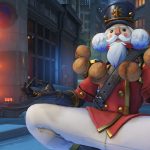 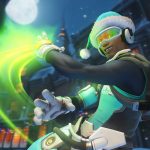 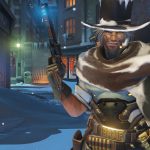 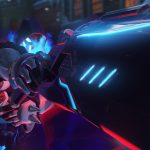 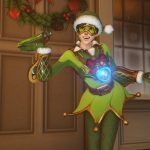 That’s not all; you can also enjoy a wintery new game mode called Mei’s Snowball Offensive. Like Lúcioball during the Summer Games event, this mode will be a special limited time event mode.

Mei’s Snowball Offensive is a giant snowball fight where everyone plays as Mei. You’ll participate in a 6 v. 6 single-elimination brawl, where you and your opponents must take each other out with snowballs. Here’s Blizzard’s official explanation of how this mode will work.

In this brawl, Mei’s Endothermic Blaster no longer unleashes a stream of frost or shoots icicles. Instead, it’s been modified to fire a single, super-powered snowball. Taking down an enemy only takes one hit, but a miss can be costly. Once your weapon is empty, your enemies will have the advantage as you search for the nearest snow pile to reload, so don’t forget to cover your retreat with ice walls and cryo-freeze to block their attacks—and when the battle starts to heat up, you can activate Mei’s Ultimate, which turns her blaster into a semi-automatic snowball launcher, allowing you to fire continuously as your enemies scatter.

The winter cold has also reached some of Overwatch‘s maps in online matchmaking. As previously seen in Blizzard’s teaser over Twitter, some maps have received a holiday make over.

King’s Road and Hanamura have been snowed over and you’ll notice some Christmas lights too. Check them out just below. Overwatch’s Winter Wonderland event runs from December 13 to January 2. Make sure you earn all the skins you’re looking for before the event ends just after New Year’s.