At NYCC 2016 the GAW team met with Yu-Gi-Oh! Duel Links lead developer, Christine Kogure, to try out the new mobile game, and it did not disappoint.  As part of Yu-Gi-Oh’s 20th anniversary, players can utilize the decks of fan favorites like Yami Yugi, Seto Kaiba, and Joey Wheeler to battle other duelists. Duels are comprised of a “Speed Duel format”, in which players spend 3-5 minutes battling their opponents in an experience meant for both new and experienced players.  Unlike other Yu-Gi-Oh games, the duelist starts with 20 cards, instead of 40, and players start with 4 cards in their hand and 5 in their extra deck.  There are only 3 spaces for both Monster Zones and Spell & Trap zones and Main Phase 2 was eliminated in order to reduce gameplay time.  When players start their main phase, they can physically swipe the new card from their deck in order to be completely immerse in the experienced.  This game was meant to be a “pick up and go” experience that anyone can play, but also meant as an homage to those who have watched the anime or read the manga. For those who have never dueled before, or may have shied away from the physical card game, there is a number of guides that can help a player along.  During the duel some cards will be highlighted in green to indicate that it can be used with a card that is on the field.  When a player selects a card on either the opponents side or their own, the card will provided text to show the effects or description of the card. For more experience duelists, there is a twist that has been added to the game so that they can switch up their strategies.  Each character comes with a specific set of “skill sets” that is related to their deck and play style.  These skill sets can effect and support a specific monster card, like the Dark Magician, or set of monster cards, such as dark or light monsters.  Each character has a specific monster that utilizes these skills, such as Seto Kaiba’s ‘Blue Eyes White Dragon’ or Mai Valentine’s ‘Harpie Sisters’.  These monsters will have a specific animation that indicates they are the one being effected during the duel. 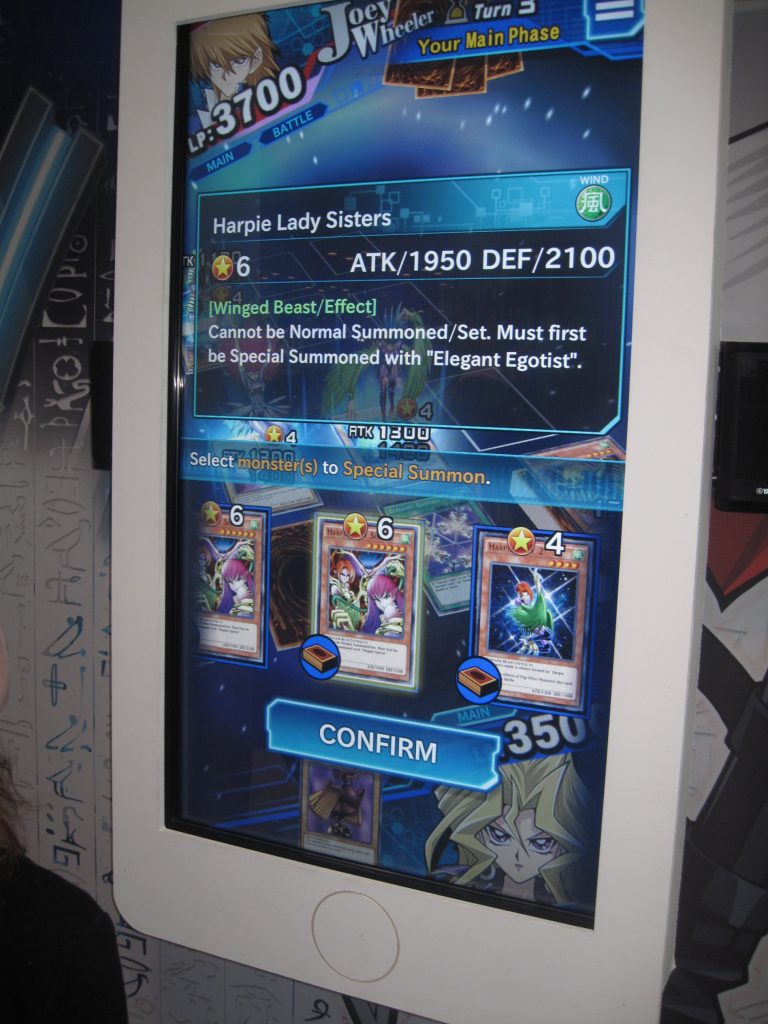 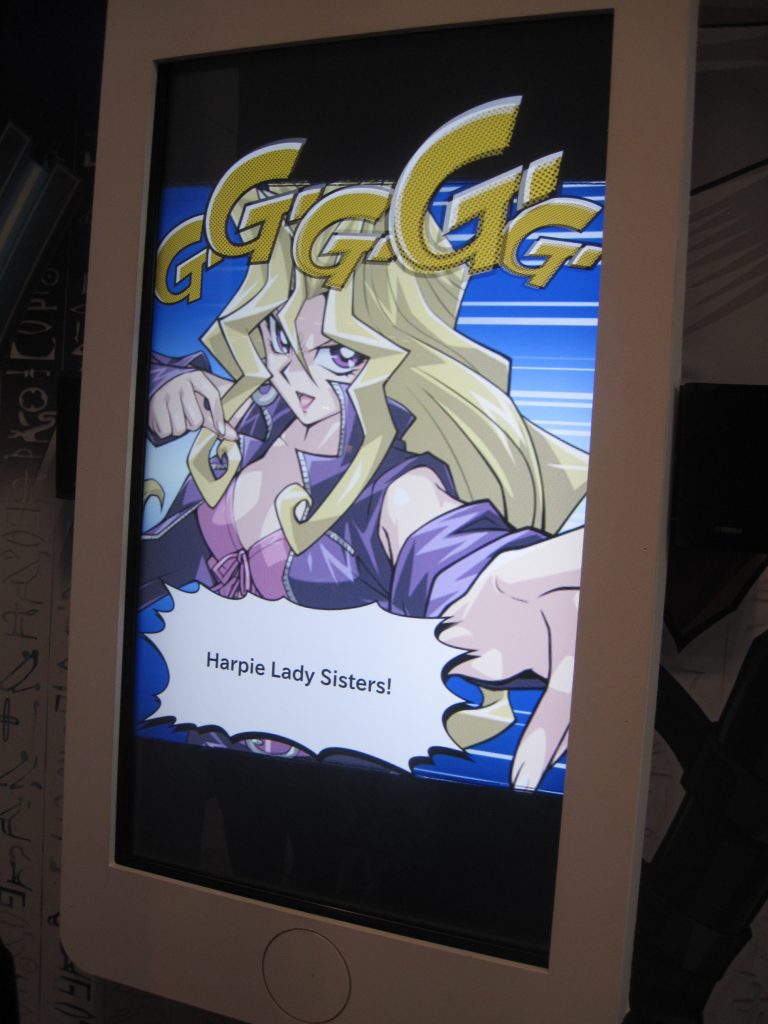 As a part of the duel, you can choose dialogue read by the original English cast to “intimidate your opponent or talk trash when you are winning” Kogure explained.  Whether you watched the anime or played the card game, this is a highly recommended experience for any Yu-Gi-Oh fan. Yu-Gi-Oh! Duel Links will be released in winter of 2016 for iOS and Android.