New York Comic Con is one of those great con’s that people from all over wait for all year. It’s just before Halloween and its starting to get a little cold outside and we nerds are ready to spend some serious time and money shoulder to shoulder with each other trying to get autographs, artwork, comics, and even play some of the video games coming our way. John (SomeBeardy2Love), Jordan (IdHateToBeSe7en), and Christine (thesmollestbirb) were there representing Gamer Assault Weekly and they are going to round up everything they saw, loved, and hated about the event. Take it away guys!

Hey guys! So let us just start off by saying that NYCC was a total blast and we got to see a lot of things this year. The WHOLE Jacob Javits Center was taken over by the convention and it was busy as all hell. That being said lets start off with one of my favorite parts. This year, Wonder Woman turned 75 years old! To commemorate this huge Birthday, Jelly Belly JellyBeans hired a Yes, That is all Jelly Beans!

wonderful artist named, Kristen Cumings, who created an amazing piece of artwork using nothing but Jelly Belly JellyBeans. We we able to chat with Kristen too which was awesome and she talked about her start with them in 2009. Kristen was actually doing the piece out in front of everyone which she seemed to like (as opposed to being stuck back in Artist Alley). She had a mixed pallet of colored jelly beans that she would glue to an upright canvas. She stated that, “They hadn’t worked upright before, the people that did this before worked flat, but I really wanted to work upright so that people could see it easier and I could step back from it more to see.” And let me tell you it really payed off. We caught the work in the beginning stages and it was already coming out great. You find out more about Kristen Cumings on her website.

There was some really great Cosplay here at as well, but that is not unexpected from NYCC. From a giant Reinhardt from Overwatch to the many Harley Quinns walking around a lot of people did some great work. There was also so many booths selling some great stuff and fans from every genre were I’m sure happy with it. We met some really cool people along the way also. We spent some time playing a new card version of Never Have I Ever with 6 strangers, and boy was that interesting. Messing around at the Bandai Namco and Square Enix booths were also pretty cool. They had a ton of games to show off, including, my weakness, Dragon Ball Xenoverse 2. I also personally bought some artwork from Artist Alley and a card game called Drunk Quest which I can not wait to play.

One thing that really caught my eye was the amount of VR games and experiences there were there. There was a big dome full of tripy designs and music. There was of course the Rick & Morty Adult Swim Virtual Rick-ality that was both surprisingly fun and really enhanced my thoughts about VR in itself. We were also lucky enough to sit down with a company called Jaunt who game us a quick peak at their virtual experience for a few horror VR Horror short films. Yes, a totally immersive horror experience where you are either the ‘fly on the wall watcher’ or the first-person view of ‘S*@# your pants horribly in front of hundreds of people at NYCC’ story telling. Either way it was a fun little place to spend some time. Jaunt is a VR netflix-esk experience that lets fans swipe through a mess of movies or even news updates. because it is October we were pray to the horror flicks, Escape the Living Dead, Black Mass, Zombie Purge, and The Game. They all have a movie quality that they show off and it is important to mention that these are not games even though your can subscribe to them for your Oculus Rift. Regardless, they were fun and scary, and overall a great time. You can watch the Jaunt Black Mass trailer below.

Hanging out with Jordan and Christine at NYCC was a blast and I can’t wait to do it some more. I’ll let them explain a little more of what we saw.

Some people buy pumpkins and Halloween candy this time of year, others buy wigs and sewing supplies as they prepare for New York Comic Con.  I was both excited and terrified at the amount of scary games and VR experiences, including a fully immersive Resident Evil VR experience, there was this year.  This year I was able to interview lead developer Christine Kogure and senior VP Yumi Hoashi about the 20th anniversary of Yu-Gi-Oh.  I was also part of Syfy’s The Magicians” behind the magic interview, which you can check out on Twitter (@thesmollestbirb).   I got to try a bunch of new games including Final Fantasy XV, the Road to Boruto DLC for Ultimate Ninja Storm 4, and Dragon Ball Xenoverse 2 (don’t worry we won’t spoil anything)!!  Needless to say, I kicked butt against every person who thought my size equaled my 1v1 skills!

Though it was the Rooster Teeth area that really caught my eye this year at NYCC.  They have expanded from a booth to their signature red carpet environment, including a couch setup for fans to play Millions Dollars But… The Game  with the RWBY crew.  Akin to Cards Against Humanity the card game allows players to pair two cards together that somebody would have to do if they got a million dollars for it.  Cards include everything from fighting off a teleporting scorpion to fighting off old people (and it only gets darker from there).  The team also debuted the console version of RWBY: Grimm Eclipse with new DLC that included Team JNPR, as well as a new “Horde Mode”.  Visiting the booth, I got to meet Miles Luna (co-creator of Camp, Camp and lead writer for RWBY) and Lindsey Jones (voice of Ruby Rose in RWBY).  It was my first time meeting Miles, and my third time meeting Lindsey, but the excitement and shaky hands never seems to wear off.  All I had for them to sign was a chocolate bar (courtesy of horror streaming service Shudder), and they were very nice about it despite my embarrassment.  John and Jordan told me I was physically shaking from after the encounter, but I did not care, as it is not everyday you get to meet people who have created your favorite shows and that have inspired and continue to inspire you.

Apart from running from booth to booth, we got to stop, take pictures, and share stories with cosplayers every once in while.  The sheer amount of hand made cosplays were phenomenal this year, with everything from Bob’s Burgers to Undertale.  I heard stories from different people about the endless hours after work or between shifts they spent creating their character masterpieces.  The GAW team got to sit with a group of Homestuck cosplayers and play Never Have I Ever. Walking around the con floor, I ran into two Labyrinth cosplayers told me it took them two-three months to piece together and manipulate their pieces to create the perfect David Bowie and Jennifer Connelly look-alikes.  As cool as it is to go behind the scenes and talk to developers, talking to cosplayers and talking pictures with them will always hold a special place in my heart.  You can check out some of the amazing cosplayers we happened to stumble upon in the four days of NYCC, and you can check out the full gallery on our Facebook. 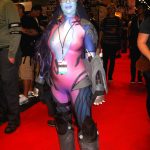 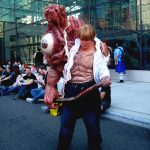 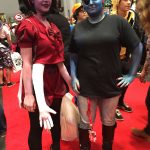 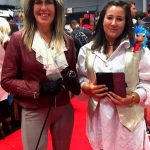 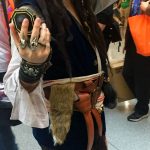 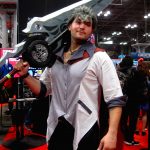 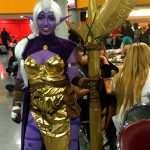 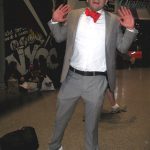 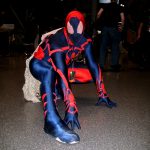 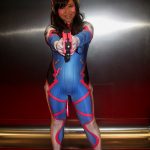 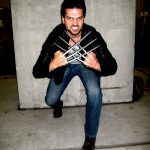 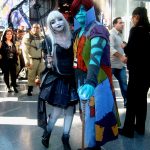 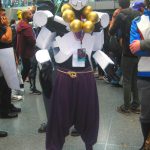 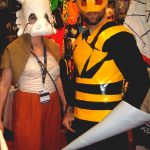 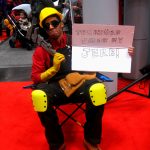 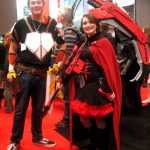 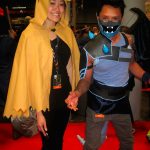 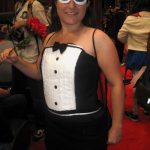 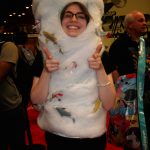 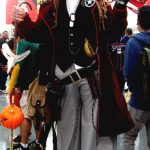 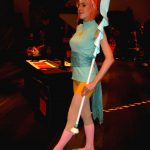 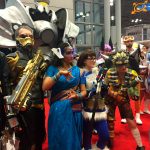 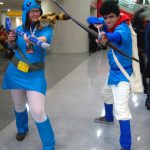 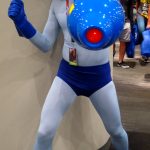 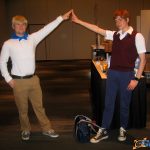 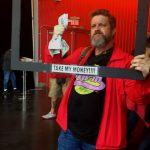 While it was not my first NYCC, the level of interesting and exciting things I saw still astounded me. I loved to see all of the amazing artwork and comics being hand-drawn by artists I almost found myself being jealous of. I was also really impressed with everything Adult Swim was showcasing, from Adult Swim Games, to Rick and Morty VR demo. Final Fantasy XV literally STOLE my heart of all three days we attended. The game was solid and entertaining and after only five minutes I craved more.

The cosplay was also a hit here at NYCC, and it was refreshing seeing so many people putting so much effort into costumes rather than the classic “let me dress half-naked with some Pikachu ears” costume. Quality pop culture costumes both hand made and store bought caught my eye on the show floor constantly causing me to stop and say “wow, nice work by far.”

My final note, the pleasantness of the experience was mind blowing. You bump into someone or a small incident occurs and everyone is nice and courteous about rectifying situations instead of being quick to get angry. In a place with so many likeminded fans, it was refreshing to experience such a low level of drama or angst. I have Gamer Assault Weekly to thank for the experience and I can’t wait to report live from NYCC 2017!