There’s a new update available for Smite on PlayStation 4 and Xbox One, and the biggest addition from the update is a new character.

Terra had been revealed last month as a Guardian who is able to heal teammates, giving different buffs, and deploying stones that have different effects that attack enemies. She’s a very big utility character, and therefore, isn’t necessarily the strongest. Regardless she seems to be a very useful character in her own right.

The update (patch 3.14) includes console-specific features not seen on the PC. The patch also includes three new skins, and balance adjustments to the game such as power potions making a return after they were recently taken out of the game. You can check Smite’s website to learn more about the details of the patch here. Also don’t forget to check out the small image gallery below to see the new skins. 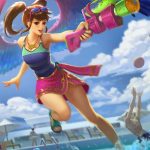 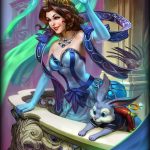 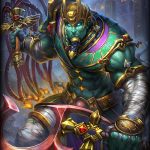