Included with the expansion will be things like a new map and “updates to multiplayer that many [players] have been asking for,” Naughty Dog said in a blog post. Players will receive new guns, boosters, taunts, and skins, as well as new features in the form of custom matches and custom loadout names. The update will also included is a “revamp” to the Ranked Team Deathmatch mode. 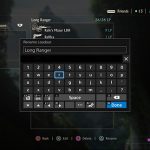 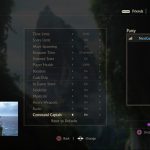 People who own the Uncharted 4 Triple Pack (which will also come with the single-player DLC sometime down the road), will get extra items with the update.

Naughty Dog will showcase Uncharted 4‘s new content in a live Twitch broadcast on Tuesday, June 28th, starting at 11:30 AM PST / 2:30 PM EST, which you will be able to watch here. A second livestream will be held on Thursday, June 30th, where the multiplayer team will offer a “deep dive” into the Ranked Team Deathmatch changes.

Here’s the Uncharted 4 DLC roadmap, in case you missed it:

Naughty Dog has announced that Uncharted 4: A Thief’s End‘s DLC, alongside a new patch, will arrive this coming Wednesday, June 29th.