A demo for the long awaited Bloodstained: Ritual of the Night has been made available to some. More specifically, to those that pledged $60 or above to the Kickstarter campaign and filled out their Fangamer survey by June 13th. The demo will be playable for “approximately three months.” 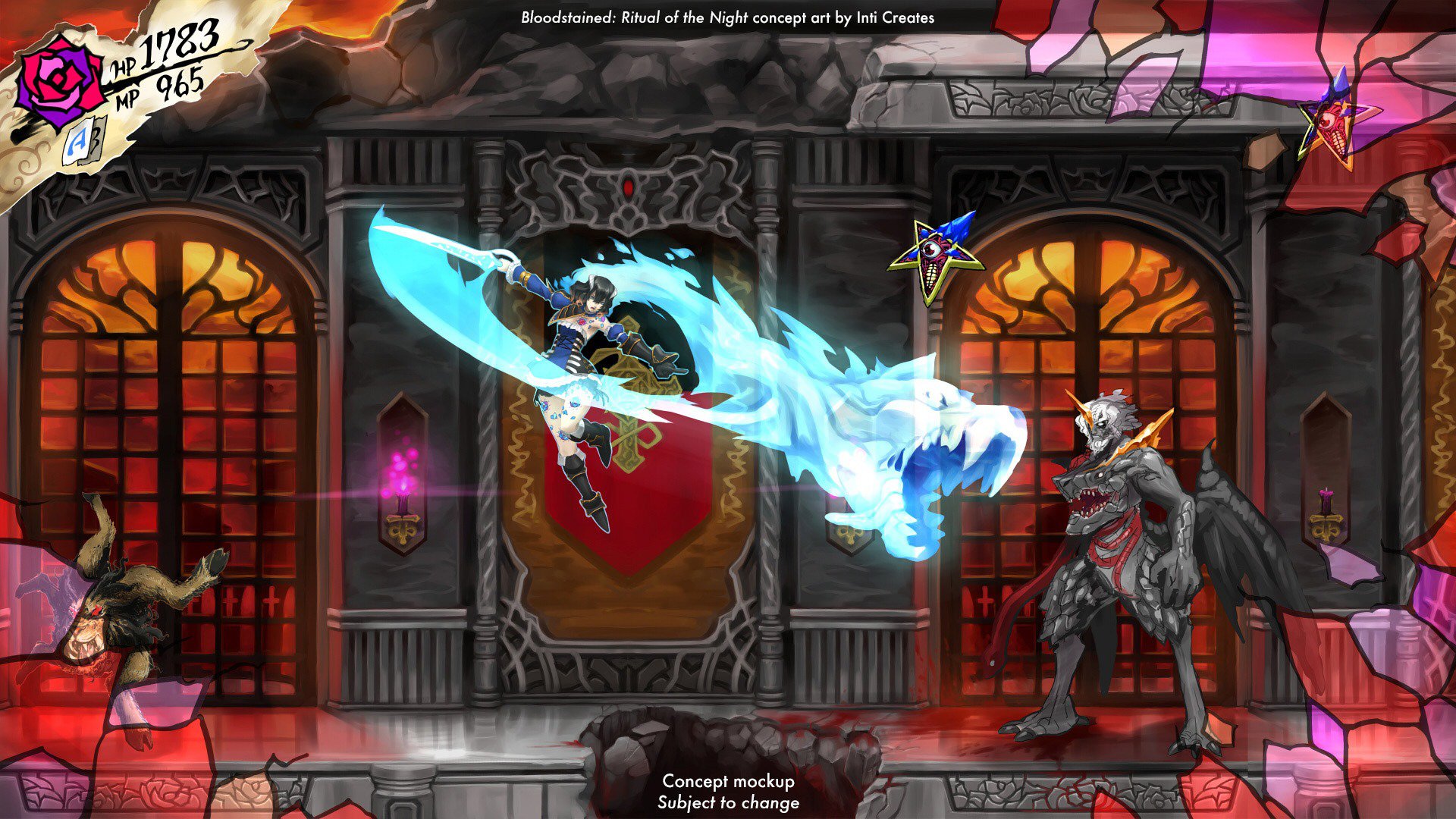 The game’s Kickstarter page states download keys are now being distributed. For those of you that meet the criteria (explained above) for receiving one, but have not yet gained their code, you can email orders@fangamer.com for support.

“Thanks to Microsoft’s kindness, we were able to display the E3 demo of Bloodstained: Ritual of the Night at the Xbox booth,” Igarashi said in a project update, reflecting on showing the game at E3.

“It was a great experience for us–watching such a wide variety of gamers play the build helped us uncover a lot of usability issues in the game. But the smiles on so many faces and the enjoyment everyone seemed to get out of the demo told us a lot of our initial ideas are good, which is exciting.

“We are finally able to send the demo to backers who pledged $60 or more. It will remain playable for approximately three months, but if we run into a big problem with the demo or its distribution, we may need to make some further adjustments as things arise.”

System requirements for the Bloodstained: Ritual of the Night E3 demo can be found below.

Igarashi has also detailed some of the new features that are being improved for the final version. You can see those details below.

Even though Deep Silver is publishing Bloodstained: Ritual of the Night, the game’s development was crowdfunded. Pledges for Bloodstained passed $3.5 million, this secured a PlayStation Vita release for the game.

Bloodstained: Ritual of the Night is planned to launch sometime in 2017 for PlayStation 4, Xbox One, PlayStation Vita, PC, and Wii U. The game will be available digitally and physically, and both the PlayStation versions will support cross-save. Stay Tuned to Gamer Assault Weekly for more information as it is released and for all your gaming needs.