Perfect World Entertainment announced today that its free-to-play MMO Star Trek Online is coming to PlayStation 4 and Xbox One this fall.

Players will be able to choose from classic Star Trek factions including the noble Federation, the warrior Klingons, or the sly and cunning Romulans. Players will also be able to choose through 32 species to customize their own Captains and so much more.  You can check out the trailer below.

The game originally released for PC back in 2010. Console players will get to play over 130 story missions featuring a cast of Star Trek actors that include the famous crew members of Seven of Nine (Jeri Ryan), Worf (Michael Dorn), Tuvok (Tim Russ) and others. While playing through Star Trek Online, fans of the series will be able to recognize and visit iconic locations including Deep Space Nine, the planet Vulcan, Earth Space Dock and more. The game’s two expansions and major updates will also be made available on the console versions.

“Fly through the galaxy of Star Trek Online, with hundreds of classic Star Trek ships available, and engage in ship-to-ship combat. Players will be able to play through the game’s story content and reach the level 60 cap, all for free.”

Perfect World went on to say that developer Cryptic Studios has made “considerable updates to the game engine to offer upgraded visuals and an enhanced user experience for console.”

It’s not Cryptic’s first console release, nor is it their first time working on a game such as this. Neverwinter is already available on Xbox One. For Star Trek Online, the developer says it has “created a control scheme that allows players to navigate both the space and ground combat with ease.”

For a closer look at Star Trek Online’s console version, check out the video above and some images in the gallery below. 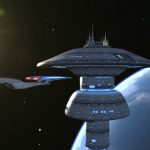 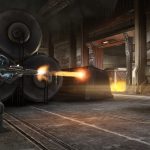 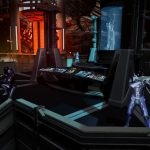 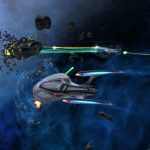 Stay tuned here at Gamer Assault Weekly for more information as it becomes available and for all your gaming needs. Live Long and Prosper!