Last week saw the sign up start to test Pokémon Go beta, which starts today. It is not too late to sign up for the test as you can still go to the games website here to participate. 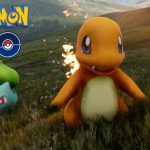 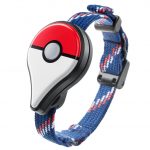 More information was also shared by The Pokémon Company as to battle mechanics and much more. More than a hundred different pokemon to find and catch. While you’re out in the real world, your phone will buzz when a Pokémon is nearby, where you can use your phones touch screen to try and catch the pocket monster in a Pokéball.

“PokeStops” are another feature of the game, namely in the form of real world places like public art installations, historical markers, and monuments. A list of specific destinations was not provided. Gym Battles are another feature, which can be find in the real world as well. The Pokemon Company had a a few words to say about how the mechanics would work.

“Players can battle using the Pokémon they’ve caught to gain control of a Gym. By using their own Pokémon’s attacks and dodging incoming attacks by swiping left and right on the screen, Pokémon GO players can defeat the defending Pokemon to reduce the Gym’s Prestige. Once the Gym’s Prestige reaches zero, the defending team loses control of the Gym, and the victor’s Pokémon can be assigned to defend the Gym. When a team has control of a Gym, team members can increase its Prestige and level by training their Pokémon with other defending Pokémon. As the Gym gets to a higher level, the defending team gains the ability to assign more Pokémon to defend it. They can also team up with friends and battle together at a rival Gym to take down stronger Gyms faster.”

Pokémon Go will be a free game for iOS as well as Android devices and is expected to be launched later this year. Players will be able to purchase PokéCoins (the in game currency) for power-ups and access to other items.