If you have been quietly waiting for Persona 5, than your countdown has finally ended. During a livestream event today, Atlus confirmed that Persona 5‘s launch date in Japan and also released a new trailer.

An “Anniversary Edition” of Persona 5 has been announced as well and will feature an art book, the game’s soundtrack, DLC, and more. This 2016 release will mark the 20th anniversary of the series, which debuted in 1996. 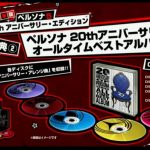 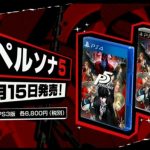 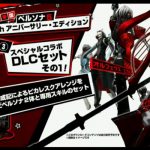 Persona 5 was originally expected to launch in 2015, but in September 2015, Atlus revealed it had been delayed. However, now, Persona 5 will launch on September 15th, 2016 in Japan for PlayStation 4 and PlayStation 3. A release date for the western territories has not been confirmed as of yet.

Also during the broadcast where the release date was mentioned, Atlus aired a new trailer, which contained fresh footage and confirmed the release date. Take a look (It’s all in Japanese, with no subtitles, but most of you can watch for the pretty video):

Additionally, a Persona anime series called The Day Breakers was also announced, according to NeoGAF.

“Going with a challenge that fuses together a juvenile school setting that is as large as life, together with a picaresque romance.

“In the previous game, we wrote a story that involved having a justice group chase down a bad guy that could easily be feared by just about anyone

“This time, it’s about a group of high school students that are being ‘chased’ by unexpected occurrences due to the justice they believe in. We’re writing [the story] to convey a thrilling everyday life in the shoes of these characters, that are as large as life, in this juvenile school setting.”