The third episode of Io Interactive’s Hitman will launch of May 31, and will be titled Marrakesh. This episode follows Paris and Sapienza. The new mission features two separate targets, both difficult to reach, but satisfying to eliminate. Community Manager Travis Barbour had a lot of exciting things to say about the game as well. 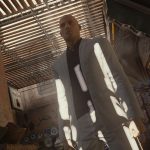 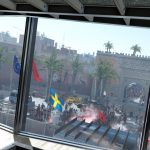 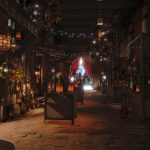 “We knew that Marrakesh had to be something extraordinary, so the team set out to build a location that was both teeming with life and with things to do. Marrakesh has been built with a maze of alleys, a range of souks that line the medina walls, and a fully fletched shisha café. Moving upwards, players can enjoy the shade on the signature rooftop terraces of Marrakesh.”

The two targets both have a different flavor to them, both a part of the “Gilded Age” mission. The first, a private banker named Claus Strandberg, who players can find hiding inside the Swedish Consulate, and the second is General Reza Zaydan, who is located in the center of the city surrounded by an elite squad of guards. The new episode will also have more live content, as well as more Elusive Targets and Escalation Contracts.

Marrakesh will release on May 31st, as stated above, costing $10 on PS4, Xbox One, and PC, or $60 if you purchase the entire episode pack for a more “full” experience of the game.