Square Enix has officially revealed the western release date for I Am Setsuna. I Am Setsuna, the RPG by Square Enix’s new studio Tokyo RPG Factory, will make its way westward this summer. Watch the teaser trailer below.

For those who have never heard of it, I Am Setsuna plays much like a classic JRPG for the modern age. Many critics point towards the eternal masterpiece of the genre, Chrono Trigger, as the closest reference. Square Enix even name drops the game in its own description.

New character illustrations, revealing details of the heroine Setsuna and her bodyguard Endir, were also released. Endir, the main playable character, is a skilled mercenary whose destiny is changed upon meeting Setsuna.

I am Setsuna offers beautiful art and game design that harken back to Japanese role-playing game classics of yesteryear, and includes various features inspired by legendary titles from the golden era of JRPGs, such as Chrono Trigger’s memorable battle system. 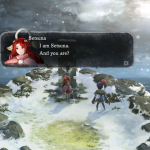 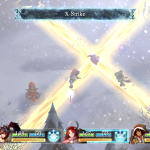 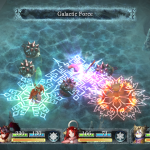 Square Enix announced that the JRPG will be released July 19th on PC and PlayStation 4. Stay Tuned to Gamer Assault Weekly for more information as it is released and for all your gaming needs.