It’s been a long time in the works, but the gaming industry is sliding towards a very dangerous place. We’re rapidly approaching the potential of a doom so large, that, if not remedied, it could lead us to a recreation of the ‘Crash of ’83’. Video Games are a massive market, and everyone has finally come to know this. Gamers and games are becoming increasingly accepted by main stream media and the general public. However, with the rise and success of mobile games, a giant menace is growing in this medium. Microtransactions.

Microtransactions are exactly what they sound like, exchanges of money for products on a very small scale. The problem with microtransactions is how they are implemented. They can be game breaking against those who don’t utilize the microtransactions. If not game-breaking, at minimum, they splinter the communities from those who do and those who don’t utilize them. Microtransactions can be anything from minor cosmetics that don’t alter gameplay, such as giving you Horse Armor (I’m looking at you Oblivion), to a reduction in wait time needed for the next batch of crops to grow in FarmVille. These turn very quickly into progression limitation removals in most cases, and even when done well on purely cosmetic items, it shows a clear difference between people that play the game, and people that spend money to look cooler in the game, such as with Skins or specific buildings. If you’re unfamiliar with the history of MTs, here is a bit of backstory. Microtransactions got their start in Expansion Packs, with PC games like World of Warcraft, Diablo, Age of Empires etc. Most notably, The Sims by Maxis/Electronic Arts was one of the franchises to release multiple expansions. With the very first game, seven expansions were created and sold individually. If bought separately, you’d be spending over double the original purchase price for the extra content. This success, helped The Sims become the most popular simulation game of all time. This encouraged other companies to follow the same path.

These expansions, while limited to PC due to console restraints at the time, were the first steps. Unfortunately, while these expansions held a lot of merit, their term was short lived, and quickly moved to the shadows as the nest one came out.

If we fast forward a little bit to more modern times, the Mobile Games market is where we first started to see microtransactions really start to take off. Apple iOS introduced the app store, developers started releasing games, and they found that people were playing their games quickly and never again,so they just weren’t creating enough revenue. Eventually, some games introduced ‘time restrictions’. These prevented players from moving forward too quickly.

I got interested in one of the early games like this that made it’s way to Facebook, Mafia Wars. It became a ritual, I’d log on before and after school, and before I went to bed. It was on a time restriction so I had to wait. I’d try to collect as much product, sell things, get tons of stuff. It was addicting. The game creators did this intentionally, and limiting the amount things you could do because of time made me come back over and over.

However, Microtransactions soon became a helpful tool. If you want to play faster, to satisfy your addiction, they give you the option to buy your way past the timers. While a small portion of people actually purchased the microtransactions, enough did that game companies saw it as a solid source of income. If you look at games now such as Clash of Clans, which is popular on mobile devices, we can see how  mictroctransactions can be bought to speed up play on a newer game. It allows you to continue right away instead of waiting for things to finish. To make matters worse, MT’s have made their way to console games. Now, for the worst part of microtransactions. They’ve made it big. They’re popular. They’ve grown and mutated. From what started as an annoyance to move your gameplay forward, there are now full fledged games surrounded by it. Microtransactions can now help you win more!

A perfect example from what I’ve seen is the free-to-play FPS game, Ghost Recon Phantoms. Originally known as Ghost Recon Online, this game started with a small community during a rather long beta phase and progress being slow, but still balanced. During this phase, if you wanted a better gun, you had to work to earn the in-game credits and purchase it. Since you were more experienced and could handle it better, the new gun then was better suited to you. Despite how fun this was, Ubisoft didn’t put forth the right effort to grow it, and decided to re-brand it into Ghost Recon Phantoms. This was fine, it brought new people in, added a few things, and went from Beta to full release.

After launch, I went into the game again and got utterly destroyed. At this point, I’ve been playing for a while and know the maps, the guns, the ins and outs, but still just got wrecked repeatedly. I found out that you could now purchase your high end guns. The game was free, but for the company to make money they started accepting players real money via credit card, to purchase in-game money, so that they could buy new weapons and armor. With the inclusion of this devastating mechanic, the entire game switched from skill based to money based. Taking free-to-Play and turning it into Pay-to-Win. It also switched from my go-to-game when I was bored, to being uninstalled. The short video below is what happened and how the store works now.

Ghost Recon Phantoms is not the exception. Other free-to-play games have gone this route, and ruined it for the rest. Some do it well, but hardly any. Several games have gone the route of allowing you to buy different items to subtly enhance your experience. It’s gotten to a point where these practices that had started on a relatively small scale, have expanded to huge money in the mobile games community and to full fledged console/PC games.

Another console/PC based travesty are in-game purchases that tote the line from Microtransactions to something larger. Loadout, a gory and fast paced shooter, with in game purchases, has something called a ‘starter pack’. This grants players, for $20, items that are better than what you have right at the beginning, rather than having to work for it. It doesn’t add new content. Once you get the pack, and spend the little bit of in game currency, you’re right back stuck at whatever level you managed to get to. Then to progress, you need to buy more instead of having things unlock at reasonable milestones or with experience. For people like myself who are unwilling to shovel money into a game, it’s very disappointing to see a fun game like Loadout have this limitation, because I quite enjoyed what could be played without microtransactions.

Not Everyone Messes It Up

Some games do manage in game transactions better than some. In fact, a few games have microtransactions with no limitations on gameplay. When microtransactions do not affect the experience of either the player or the other people around them, that is when things are done right. People go crazy over cosmetic items. I know I do. So when additional skins or costumes are offered, this is when things are done right. Games like Team Fortress 2, Rainbow Six: Siege, or League of Legends give you the option of playing a bit and earning in game currency to purchase, or buying your way up, it’s still fair. The only difference is how things look, not how they function. 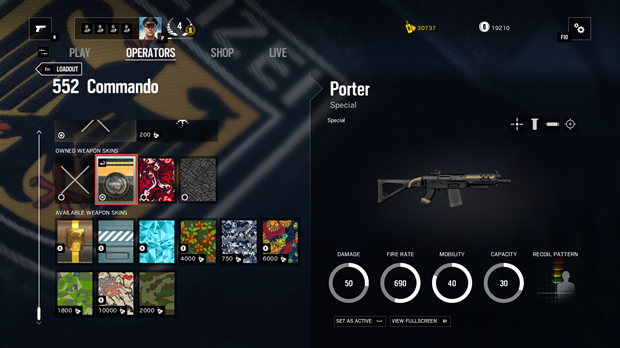 When asked about his play with League of Legends, a fellow member of Gamer Assault Weekly, Adam Clease, informed me “I’ve spent much more than $60. I lost track.” So he spent more on a free game than I do on a full release.

The Peril Of AAA Games

Despite the select few doing it right, big games with full release prices and even expansions are now getting in on this cash cow, and this is what really bugs me the absolute most. It’s moved from mobile with only microtransactions, to free-to-play (rather pay-to-win), and now AAA releases. Take Halo 5. A perfect example of how a full game is getting in on this, and making a ton of money. As you play, you do get in game currency to unlock “Req Packs”. But, you can purchase them just like in Ghost Recon Phantoms. Not only Microsoft and Halo, but Activision has introduced supply drops that can be bought for Call of Duty too. While these are mostly cosmetic items still, there are some guns that can only be gotten this way, and purchasing the microtransactions gives a leg up for those that do buy it. So now, to get the “cool” gun skins and reticles and the like, you have to buy the full game, all the expansions (or the season pass which is a whole other purchase) and access to cosmetic items and even these new guns. In addition, Bungie, who started correctly with basic expansions, has introduced Destiny Year 2, with The Taken King, With which they have added new missions, raids, nightfalls. However, they also added the ‘Eververse’ emote store. This store is only selling animations for your character, and yes, these are cosmetic only. The Eververse has a second purpose. Because players are spending money, Bungie has given free week long content, such as the Sparrow Racing League. While this “free” content is nice, it is funded by microtransactions and are causing the developers to focus too much on little updates and not on value added content like with The Dark Below.

Unfortunately, many games are going in this direction, and I wholeheartedly disagree with the practice. This whole thing is getting out of hand. Companies need to take a hard look at themselves, and question if they really need all that money in exchange for bleeding the consumer base for everything they can. If you are creating new content that adds to my enjoyment of the game, and the fun factor, and what I can really get out of it, then great! Create the content, charge 15 or 20 for it, and let me buy it. Stop nickle and dimeing me. It drives away a lot of people, and upsets more. There have been studies that show that between 0.5% and 5% of the customer base of game actually buy these things, so stop annoying the other 95% and get your hands out of our pockets!