If you have been on Twitter in the last 24 hours then you know the newest argument about Blizzard Entertainment’s character pose from multiplayer shooter Overwatch has come under fan criticism. The character in question is Tracer (real name Lena Oxton), a fast-moving female character who is 26 years old according to the game’s fiction. The ‘over the shoulder’ pose in question, as outlined by Overwatch forum user Fipps, prominently features the character’s backside.

Fipps didn’t appreciate this appearance and claims the stance reduces her to a sex symbol. “What about this pose has anything to do with the character you’re building in Tracer?” Fipps said. “It’s not fun, its not silly, it has nothing to do with being a fast elite killer. It just reduces Tracer to another bland female sex symbol.”

The pose everyone flipped out about

Fipps goes on to say that, besides Tracer’s appearance, they are pleased with how Blizzard went about depicting Overwatch’s other female heroes, including Mei, Zarya, and Widowmaker.

This kind of pose might make more sense for the Widowmaker character, Fipps said, so it seems somewhat out of place for Tracer according to the fiction.

“We aren’t looking at a Widowmaker pose here,” Fipps added.

“This isn’t a character who is in part defined by flaunting her sexuality. This pose says to the player base, ‘Oh we’ve got all these cool diverse characters, but at any moment we are willing to reduce them to sex symbols to help boost our investment game.'” 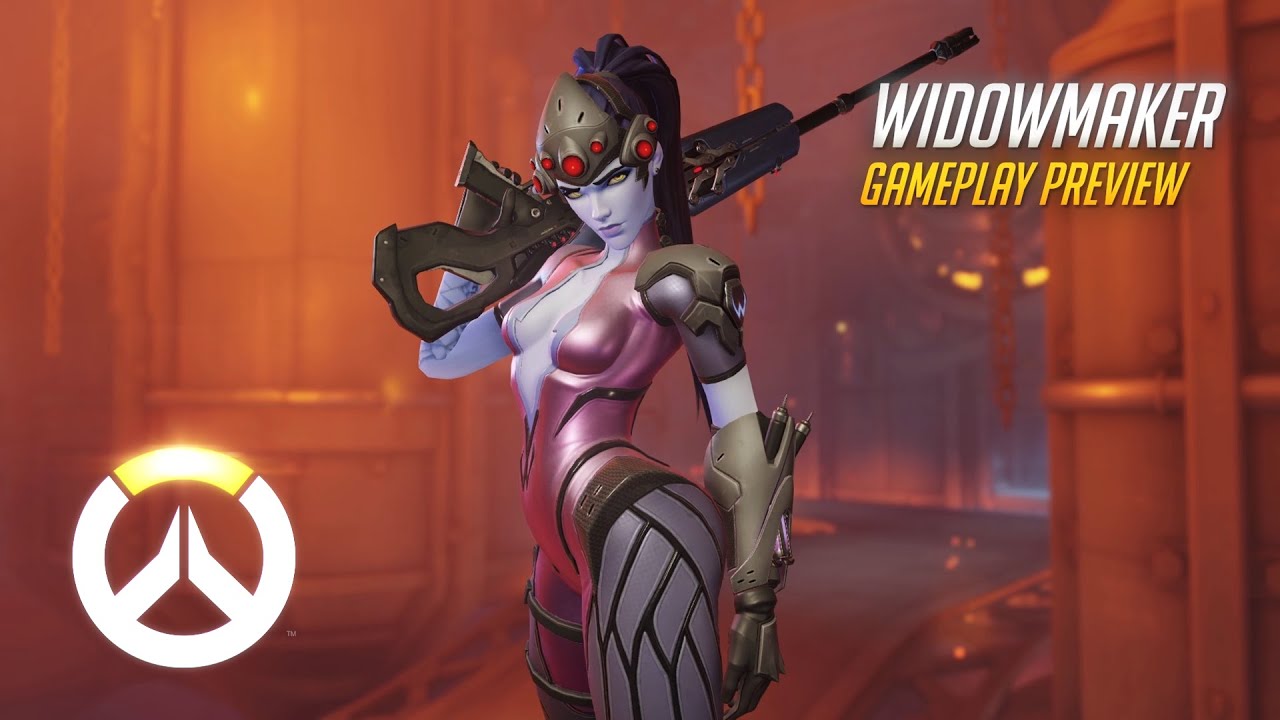 Tracer’s over the shoulder victory pose, according to Fipps, undermines the positive work that Blizzard has done in creating what they called strong female characters.

As you might have guessed, Fipps’ forum thread, which is now 26 pages long, is stuffed with other comments that both support Fipps’ position and argue against it. If you have nothing to do other than to get angry and waste your afternoon, than by all means you can read all the responses here.

Even on Twitter the responses and backlash to ‘The Pose’ haven’t all been bad. Many of the people who want to keep The Pose are in fact woman. Twitter user, @Sunset_SC2, has voiced her opinion on the matter as well.

In my opinion, Tracer is being herself. The pose is natural. Saying she's being "too sexy" is based on her body type. Ain't right.

Overwatch game director Jeff Kaplan replied to the thread, saying Blizzard will replace the pose so as to create a more welcoming environment for all players. “We want *everyone* to feel strong and heroic in our community. The last thing we want to do is make someone feel uncomfortable, under-appreciated, or misrepresented,” he explained. “Apologies and we’ll continue to try to do better.”

In a follow-up post, Kaplan explains that it was an “easy” decision to make to remove the Tracer pose. Additionally, the art team already created the pose that will take its place.

“We actually already have an alternate pose that we love and we feel speaks more to the character of Tracer. We weren’t entirely happy with the original pose, it was always one that we wrestled with creatively. That the pose had been called into question from an appropriateness standpoint by players in our community did help influence our decision–getting that kind of feedback is part of the reason we’re holding a closed beta test–but it wasn’t the only factor. We made the decision to go with a different pose in part because we shared some of the same concerns, but also because we wanted to create something better.”

Some have suggested that Blizzard’s decision to revisit the pose is bad news because it means the developer is caving in to community demands, which could create a slippery slope. But Kaplan doesn’t exactly see it that way.

“We wouldn’t do anything to sacrifice our creative vision for Overwatch, and we’re not going to remove something solely because someone may take issue with it. Our goal isn’t to water down or homogenize the world, or the diverse cast of heroes we’ve built within it. We have poured so much of our heart and souls into this game that it would be a travesty for us to do so.

“We understand that not everyone will agree with our decision, and that’s okay. That’s what these kinds of public tests are for. This wasn’t pandering or caving, though. This was the right call from our perspective, and we think the game will be just as fun the next time you play it.”

Kaplan ended his post by encouraging people to continue to share their thoughts and concerns about this item and others.

Overwatch launches on May 24 for PC, Xbox One, and PlayStation 4. Tell us in the comments below what you think of the character’s pose getting the ax. Stay Tuned to Gamer Assault Weekly for all your gaming needs.