SwordorWhip.com launched about a week ago, and it sent the internet into a frenzy. The site was established by the producer of the Castlevania series, Koji Igarashi, and definitely had a vibe similar to that of the classic Castlevania games.

There were a ton of hidden references and information throughout the site, but even after gathering all the info that you could, there was no way to know what the new game Iga was teasing was going to be. Now we know exactly what the game is and how much money it needs to be made.

Bloodstained: Ritual of the Night’s Kickstarter has officially opened, and Iga is seeking $500,000 to make this game come to life.

The Kickstarter page describes Bloodstained as an “Igavania” game, meaning this:

A gothic, exploration-focused action platformer, designed by one of the godfathers of the genre!

The game will feature single player, co-op multiplayer, and competitive multiplayer and is being developed by Inti Creates, creators of the Mega Man Zero series. The game is exploration focused with an emphasis on the gothic game style that Iga grew to love during his days with the Castlevania series. During the intro video, Iga says that he has other interested investors, but they needs to see support from the community before they contribute their money to the game.

The backer rewards and stretch goals still need a little work, but according to the page, a $28 dollar donation will get you a digital copy of the game for Xbox One, PS4, or PC, $60 will get you a physical copy for the system of your choice, and the rewards keep going until the $10,000 mark which banks you a physical and digital copy of the game, a ton of awesome in game credits and features, special edition covers and additions to the game, signed memorabilia, and an adventure to Japan with Iga himself!

Stretch goals include an upgraded artbook at $600k, a 2nd playable character at $700k, Nightmare mode difficulty at $800k, and voice acting by David Hayter at $850k.

At the time of writing, the campaign was already at $325k+ with over 4200 backers, so it is basically a forgone conclusion that the game will hit its goal well within the 32 day time limit. The only question now is how high will the dollar amount go.

As for the game’s release date, all the backer amounts that receive a copy of the game list March 2017 as the date for fulfillment, so we are looking at a full 2 year development cycle before the game releases.

If you want more info on the game, you can go to the official Bloodstaned: Ritual of the Night Kickstarter page. 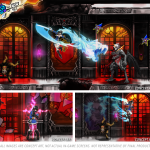 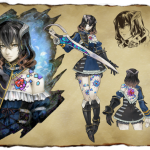 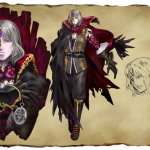 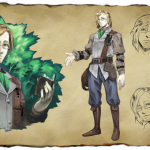 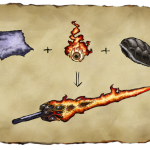