PAX South featured a very diverse group of indie developers showing off a plethora of new and innovative titles that are sure to impress people upon their release. During our time at the convention, we were lucky enough to get an interview with Kevin Zhang, the producer and marketing director at Serenity Forge.

Unlike many of the other developers at the show who showcased 1 game , Serenity Forge showcased 3 new games that are currently in different stages of development.

The first game on display was Pixel Galaxy, a bullet hell shooter similar to Geometry Wars and built off of a risk/reward system. You start off as a single pixel that is unable to shoot; in order to become a power in the galaxy, you must latch onto other pixels in order to build your shields and weapons. The game is time based, basically challenging you to survive as long as you can before the forces of the galaxy destroy you. During PAX South, Serenity Forge was running a contest to see who could survive the longest in the game, and at the time of the interview, the leader was sitting at 300 seconds.

The next game up was The King’s Bird, a precision platformer that uses the power of the wind to carry you through its beautifully designed levels. According to Kevin, the theme of The King’s Bird is “finding freedom.”

“The story hasn’t been finalized yet, but the basic premise is that you are a girl in an isolated kingdom ruled by a tyrant, and throughout the story you are trying to figure out why he isolated the kingdom and how to escape.”

The art style of the game is absolutely gorgeous, very reminiscent of incredible games like Journey, and the way your character flows through levels really fits with the overall ambiance of the game. This was definitely one of the most visually pleasing games I saw at the convention. 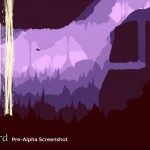 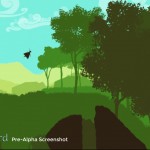 The final game being showcased at the Serenity Forge booth was Luna’s Wandering Stars, a planetary physics based puzzle game that has been recognized by the Space Foundation for its great representation of how real Newtonian physics work. Because of this endorsement, Kevin and the team were able to present the game to Bill Nye the Science Guy, everyone’s favorite childhood scientist, at the annual Space Symposium.

“What I’m really proud of is that we were able to teach Bill Nye something. He learned about how games could be really educational.”

The dev team knew that there were other “educational” games out there, but with Luna’s Wandering Stars, they wanted to make sure that the material being taught was both fun and informative.

“We aimed for fun first and foremost, but we wanted to make sure that people could intuitively understand basic physics. We essentially tricked them into learning basic principles of orbital physics.”

The game was greenlit on Steam in December, and it is slated for release in March. The game focuses on gravitation forces and planetary physics as you work your way around the galaxy.

As you can see, Serenity Forge is hard at work on a number of excellent indie titles. Make sure to show them your support by purchasing Luna’s Wandering Stars. You can also visit their website for more information on all the game that were mentioned in this article, along with other projects they are working on.