Publisher Ubisoft has announced that Assassin’s Creed Rogue, which released in November on Xbox 360 and PlayStation 3, will hit PC on March 10th. 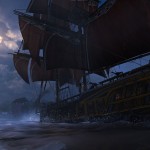 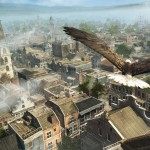 Rogue will launch on the platform with something new: eye-tracking. Developer Ubisoft Kiev has partnered with Tobii Tech to integrate eye-tracking into gameplay. Players who own the SteelSeries Sentry eye-tracking hardware will be able to shift the game’s camera right and left using eye movement.

By pre-ordering either the standard or deluxe edition (which includes additional missions, outfits, and weapons) through Uplay, players will receive one of six Assassin’s Creed titles of their choosing for free along with The Siege of Fort de Sable and The Explorer bonus packs.