After a great deal of waiting, Bandai Namco has finally announced the release date for the collaborative multimedia project, Short Peace. This project was originally conceived as a way to showcase various settings and themes throughout Japan’s history and culture. The films, Possessions, Combustible, Gambo, and  A Farewell to Weapons, were directed by a set of four directors, including Katsuhiro Otomo who is famous for his criterion work, Akira. The fifth addition to the Short Peace collection, Ranko Tsukigime’s Longest Day, was purposefully imagined as a video game to represents modern-day Japan.

Ranko Tsukigime’s Longest Day follows the young high school student and assassin, Ranko Tsukigime, as she has been charged with the impossible task of killing her own father. This bizarre side-scrolling platformer was directed by Suda 51 (Goichi Suda), who is well-known for his unique style and wild imagination with works such as Killer 7, No More Heroes, Shadows of the Damned, Lollipop Chainsaw, and Killer is Dead. Its wild visuals and fast-paced action will be sure to please fans of Suda 51’s previous works or those who love and appreciate wacky Japanese games.

The set of four short films along with Ranko Tsukigime’s Longest Day, known collectively as Short Peace, will be released digitally on Tuesday, September 30th exclusively for the PS3 via the PlayStation Network. 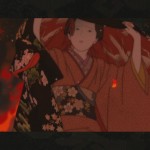 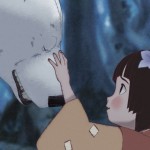 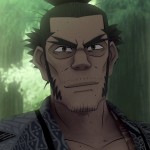 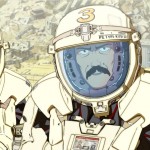 A Farewell to Weapons