Modeled after the Gamecube’s controller C-Stick, the “New 3DS” and “New 3DS XL” feature a “C-Button” that will allow for dual analogue control. Unlike older models, the new ones will include the NFC-tech built directly into the device so there will be no need for an additional accessory to use Nintendo’s upcoming Ambiio figurines. The company has also included a Micro USB slot underneath the base cover.

The handheld’s redesigned back now features R, ZR, L, and ZL buttons with the power adapter space moved to the center. To allow room for the additional buttons, Nintendo has shifted the 3DS cartridge slot to the front. The battery life for the New 3DS ranges from 3.5 hours to 6 hours while using 3DS software, and 3.5 hours to 7 hours on the New 3DS XL. 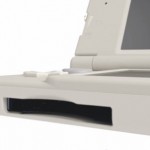 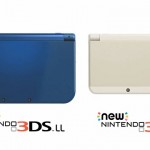 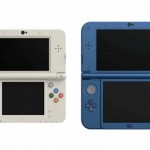 These models also feature reworked dimensions, stronger CPU, and a customizable faceplate. The cover plates will be sold separately, but Nintendo hasn’t confirmed a release date or price range for them yet.