We haven’t heard much from the Kingdom Hearts team in a few months, so in order to sate our appetites for all things Disney and Square Enix, the team has released some new screenshots for the upcoming title Kingdom Hearts HD 2.5 Remix.

In case you didn’t know, KH 2.5 HD Remix will feature playable HD remakes for both Kingdom Hearts 2 Final Mix and Kingdom Hearts: Birth By Sleep, and it also features a compiled HD movie featuring all of the cutscenes from Kingdom Hearts RE: Coded. If you have never experience the Kingdom Hearts franchise, you are truly missing out on an incredible gaming experience. Square Enix and Disney blend perfectly into a touching and action packed game featuring some of your favorite Disney characters from your childhood.

If you want to give the series a go, Kingdom Hearts 1.5 HD Remix is already available for the PS3, HD 2.5 Remix is set to release this year, and Kingdom Hearts 3 is currently in development!

You can see all of the new screenshots in the gallery below, as well as the most recent trailer for KH HD 2.5 Remix. Aqua and Mickey from KH: Birth By Sleep 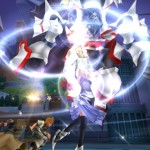 Tera, Aqua, and Ven fighting heartless in Birth By Sleep 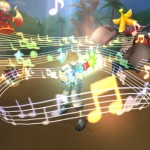 Ven using his Keyblade as a guitar in KH: birth By Sleep 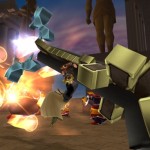 A fight on Olympus in Birth By Sleep 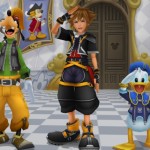 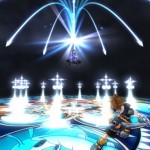 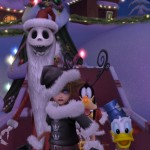 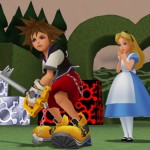 Sora and Alice fighting for Wonderland in Re: Coded. 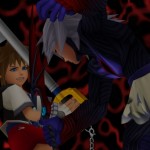 A scene featuring Dark Riku and Sora from Re: Coded