Images have leaked for one of possibly two Assassin’s Creed titles coming this year. Images were sent to Kotaku showcasing a new character and setting, along with a title screen that says Assassin’s Creed Unity. The other rumored game is Assassin’s Creed Comet. It’s unclear if these are actual title names or just code names.

The images that were sent to Kotaku by a source who remains anonymous shows off a new character for Unity, as well as a new locale. The images show a character dressed in a black Assassin’s robe and leather armor. The local being shown is Paris, as in screens you can see landmarks such as Notre Dame and the Seine River. The leaks reveal that the time period is 18th century during the French Revolution.

It should be noted that these screens are obviously from a very early build of the game, and will likely look much better once it gets to retailers.

Also of note is a couple of new button commands, such as “parkour up” and “parkour down.” If these screens turn out to be true, it would seem Ubisoft has altered the climbing mechanics. 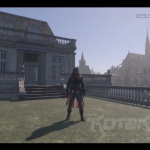 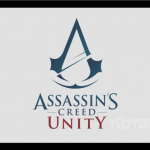 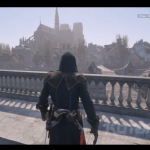 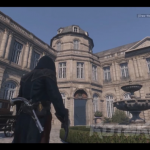 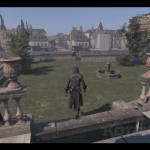 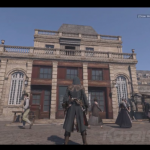