Wargaming’s popular PC title, World of Tanks, will be heading to console this month. The Xbox 360 version of the game was announced at E3 2013 and entered into a beta phase in August of 2013. After some tweaks to the game it is ready to launch on console for the first time.

The Xbox 360 version of the game will launch on February 12, 2014. While the game is “free to play” with optional premium purchases for upgrades it will require an Xbox Live Gold membership to play.

In World of Tanks you will man an armored vehicle and team up to take on other players in battle. The game features several battle mode options from random battles to team battles.

While you may have World of Tanks on PC a separate account will be necessary to play it on Xbox 360 so tanks and progress does not transfer over. The game will also be available as a download. 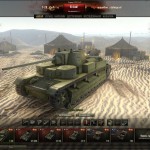 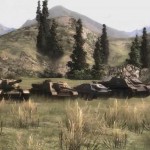 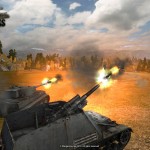