Activision has announced that a new Transformers video game is in the works, and it’s called Transformers: Rise of the Dark Spark.

Mark Blecher, SVP Digital Gaming & Corporate Development  at Hasbro, Inc. explained that “Transformers: Rise of the Dark Spark is an arc between the Cybertron and Earth based worlds of this popular franchise.” Essentially, gamers will be able to switch between the two universes as well as switching between Autobot and Decepticon-centric missions. Both universes are searching for the Dark Spark, and somehow the story will relate this concept to each universe, and the film.

It sounds like an ambitious project, so keep an eye out for future updates. At this time it doesn’t appear that High Moon will be involved with Transformers: Rise of the Dark Spark, because there was no mention of the studio in the official press release.

The game should ship close to the release of the fourth Transformers live action movie, so expect it to hit retail sometime in June. It’ll be available for the Xbox One, Xbox 360, PS4, PS3, PC, Wii U and the 3DS. Head on down below to check out the official trailer and some screenshots. 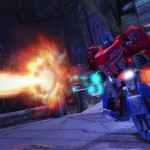 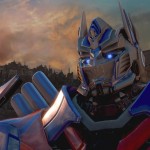 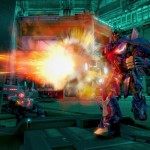