Naughty Dog has officially unleashed the ‘Left Behind’ DLC for The Last of Us into the wild today. ‘Left Behind’ features a prequel story to the main game’s single player campaign that solely focuses on Ellie before she met up with Joel, and made their infamous trek across a ravaged United States.

Ellie will have a new partner in ‘Left Behind,’ and her name is Riley. Riley is Ellie’s mentor and friend who attends the same military school as her in the Boston quarantine zone. Players will guide these two throughout the DLC as they both ponder joining the Fireflies, or remaining in the locked down government quarantine zone.

According to Game Director Bruce Straley, Naughty Dog developed ‘Left Behind’ “to flesh out the moment that transformed her into the Ellie you knew in The Last of Us. It is the story of the complex bond with her friend Riley and how the two end up on a fierce journey that will forever change their lives, giving new insight into Ellie’s character.”

If you’ve been wanting to return to the world of The Last of Us, then downloading the ‘Left Behind’ DLC campaign is just what the fungus doctor ordered. ‘Left Behind’ is now available for download through the PSN Store for $14.99, or for free if you purchased the Season Pass. Head on down past the break to check out the new trailer for The Last of Us: Left Behind, as well as to see a few new screenshots. 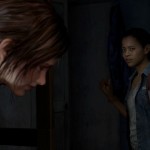 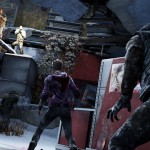 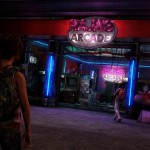 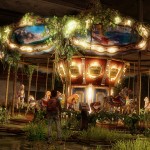 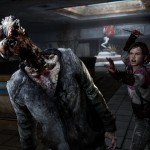