Developer Creative Assembly has released new screenshots showing off the creepy environments players controlling Amanda, Ellen Ripley’s daughter, will have to navigate in upcoming survival horror game Aliens: Isolation. Players will have to avoid a single Xenomorph while searching for answers into Ripley’s disappearance.

“As Amanda, you will navigate through an increasingly volatile world as you find yourself confronted on all sides by a panicked, desperate population and an unpredictable, ruthless Alien,” reads Xbox Live’s description. “Under powered and under prepared, you must scavenge resources, improvise solutions and use your wits, not just to succeed in your mission, but to simply stay alive.” 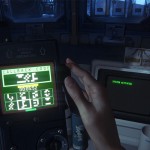 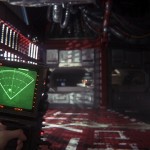