Recently Eufloria was released on Android and has been described as a elegant and fun strategy game, which first started out on Steam and iOS, does it make a solid transition over to android?

Now for those of you who don’t know what Eufloria HD is, its a RTS touch based game where you control plants and take over asteroids in space. It may sound weird but trust me this game is anything but weird, it is solid and fun. Having already played this game on Steam, I had some idea of what to expect, from the controls and idea behind it, little did I know is that the translation from desktop to touchscreen goes off without a hitch and actually becomes easier along the way. Having the ability to pinch and zoom, and just control with your fingers make the game feel that much faster.

The graphics appear very simplistic at first but if you zoom into each planet or asteroid you can see the difference between each unit and the insane detail that is in the asteroid. The game didn’t hiccup or crash at all during the gameplay sessions I shared over the last few days. The game definitely shows how simplicity and indie games can definitely drive tablet games by giving them unique graphics and utterly addictive gameplay. Now there is also a skirmish mode that will promise a unlimited amount of time for those who just want to jump in for a quick session. Dark Matter mode is a difficult mode for the people who really want to take on the games more difficult challenges. Now who should buy this game? Anyone with a tablet with a $4.99 price tag, this is a great buy that will definitely not disappoint with its simplistic and addictive gameplay that will make any road trip go by really fast. The many game modes will keep you busy for hours and if you are looking for something that isn’t a clone and is a original game, play Eufloria HD, there is a demo for it if you are not to sure but you will definitely end up buying it anyway. 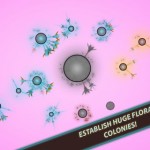 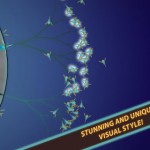 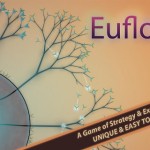