When Halo 4 was first announced at last year’s E3 everyone took notice and feelings were mixed towards the idea of another Halo series after the fight was supposed to be  finished. Then, after it was said that a new story was taking over this landmark series even more people were nervous that the series would take a wrong turn, but after the strong showing at E3 this year everyone took notice but does it live up to the legend? Halo 4 takes place 4 years after the events of Halo 3, with the back half of the section of the “Forward Unto Dawn”  drifting through space with the Master Chief in cryo, the ship eventually comes across a forerunner planet. After that Cortana wakes up the chief and thus begins the reclaimer trilogy in which the Master Chief takes up the fight yet again against a new enemy that will push him to his very limit and make him question his existence.

Now is the story good? This is indeed a very good question, if you have played any of the other games you will definitely feel right at home with this science fiction epic, this time around however I felt that there was more meat to the characters and to the story because the characters talk more especially the Master Chief, they carry on conversations during the game and its not limited to the cut scenes which are way LONGER this time around, and the cut scenes are very well done, on par with something done in Hollywood, as well as the script and voice work. Everything feels and plays like a big budget film. Also, the story does play on the interesting side from what has happened in the four years since the Chief went missing and it does dabble into it but doesn’t give you the entire answer to the question you might have such as “what happened to the remaining halo rings?”, “is the Covenant and Humans allied together or is the war still raging?”, “is the insurgent war over?”. There are probably more and more questions that will be raised as you play the game, but there is also a little double edged sword with the story this time around because it does go into deep territory, if you have read the books you will know about how Spartans were created and it could indeed leave people who don’t know any deep material about the Halo universe in a tough bind. The story is definitely dept and well done but it can turn away non Halo fans because non Halo fans probably don’t know what a shield world is, the forerunners or what happened at the end of the legendary ending of Halo 3. Also with the introduction of Commander Laskey, if you didn’t watch the live action mini series “Forward Unto Dawn” you will not know how the Chief and Laskey know each other, the interaction is good but its not great, they don’t really play into the backstory like I was expecting, they do play into it but just very little and I wish they would have made more references into it.

The Multiplayer has “evolved” this time around and taking some different steps in terms of design. You create loadouts and can customized your spartan from the armor to its abilities. Yes it has taken a more modern approach to multiplayer with healthy choices like introducing a more robust experience point and leveling system, gone is the money system and instead everything unlocks as you reach the right rank. Now the loadouts are like Call of Duty, you can pick and choose your base guns but no power weapons, just assault rifles and pistols, and your armor ability which can range from promethean vision to jet packs, as well as a support ability which will give you more ammo or make your shields recharge quicker. These help fresh out Halo and brings it up to speed with what has been happening with typical shooters. In gameplay in regular slayer, there are no longer preset weapon spawns, instead there is a randomized weapon drop now, also there are no more nade spawn areas so you can’t throw a thousand nades in hopes of getting a kill, this time you have to use your nades wisely and restock when you see a drop. Now in order to get a few more special weapons, there is now something called a “support drop” which is a meter that fills up anytime you do something. After it fills up you get three options to choose from and a item drops from the sky in front of you. From what I have seen with this system its a little double edged sword, it caters to people who are skilled at getting kills and completing objectives while damaging the new kids who can’t do anything and are just a burden on the team. Here is a example, my team was playing on Complex and we are holding a higher position with DMR’s and just picking people off, calling in railguns and overshields and damage modifiers and killing the enemy team faster. So there is a small example of how the system can definitely be used in a bad way when everyone on one team has a power weapon and is using it to its full cheap advantage.

Now to talk about the new gametypes my favorite is probably Dominion, which plays like Domination from Call of Duty, but this time its three bases that have to be defended but the longer you hold it. You get supply drops, in addition the base upgrades itself with cover, automatic turrets and shields, definitely something new that is fun and exciting with a full team that works together. Also, the flood makes an appearance this time around as a game type, which is the infected gametype that was ever so popular, it still retains its fun and addictive quality as ever. A few gametypes that are missing right now like for example SWAT, but they will be added in at a later date. The spec ops of Halo, this co-op campaign has you playing as another spartan team. I am telling people to play this game after they complete the regular campaign because there are a few story elements that are spoiled. But when playing you will be completing objectives as a team or solo, not much differs in terms of objectives, you kill everything, find the switch or target destroy it then move onto the next objective, while being the Spartan you created for multiplayer. This is only the first chapter of episodes which is 5 missions. I really hope 343 puts more variety in the spartan ops mission then just the typical rinse and repeat kill everything that moves.

Now I did notice that there was no more firefight, not sure if 343 just gave up on it or decided they will put it in later as DLC but they did ditch it, so if you love firefight its not longer in Halo well so far.

Overall this is a very well done package with a lot to offer in terms of single player and multiplayer. The single player continues the Chief’s story and does it very nicely with twist and turns and picks up in the second half and doesn’t want you to stop playing. Multiplayer has definitely evolved and moved forward, it is done in a solid manner despite a few things that will possibly be exploited but this is definitely a worthy edition to the Halo Saga and I now fully trust 343 Industries with the Halo franchise and look forward to seeing what they do next with the Halo series. 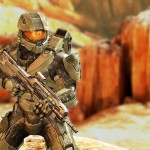 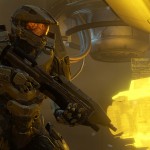 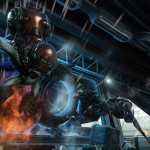 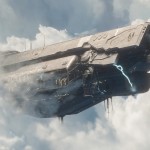 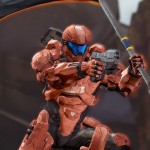